As an artist each project is research and is learning… I’ m interested in the material, I’m interested in the concept, one thing leads me to the other. The project is based on questions that I answer with a dialogue between the material and my hands. Since 2016 I work with fabrics, cottons and linens in particular. It was a semi-subconscious decision but since the first piece I have recovered my taste for fabric, a material that I have always been interested in. It is a material that seduces me and inspires me.

Conceptually I’ m interested in the experience, I talk about emotions, memories, environment and historical questions. I follow a feeling developing a dialogue with my work.

The pieces that I present are from the UNDER CONSTRUCTION COLLECTION, a reflection about society and politics. Created like a small containers, spaces of coexistence, looking for to express the actual distance that exist between both. 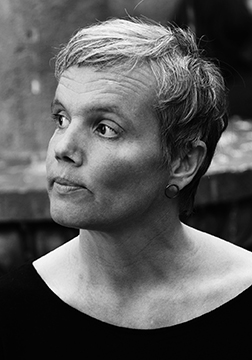 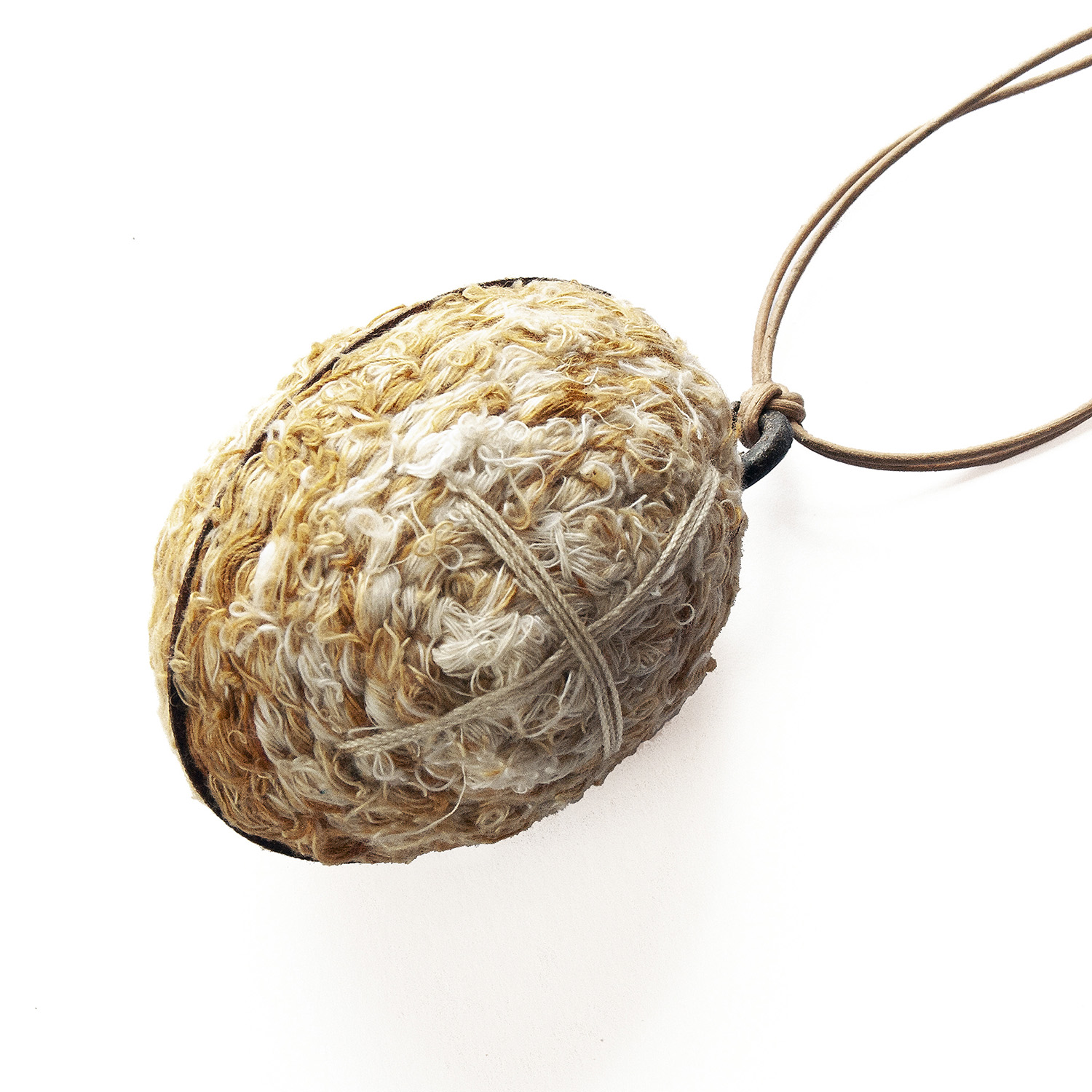 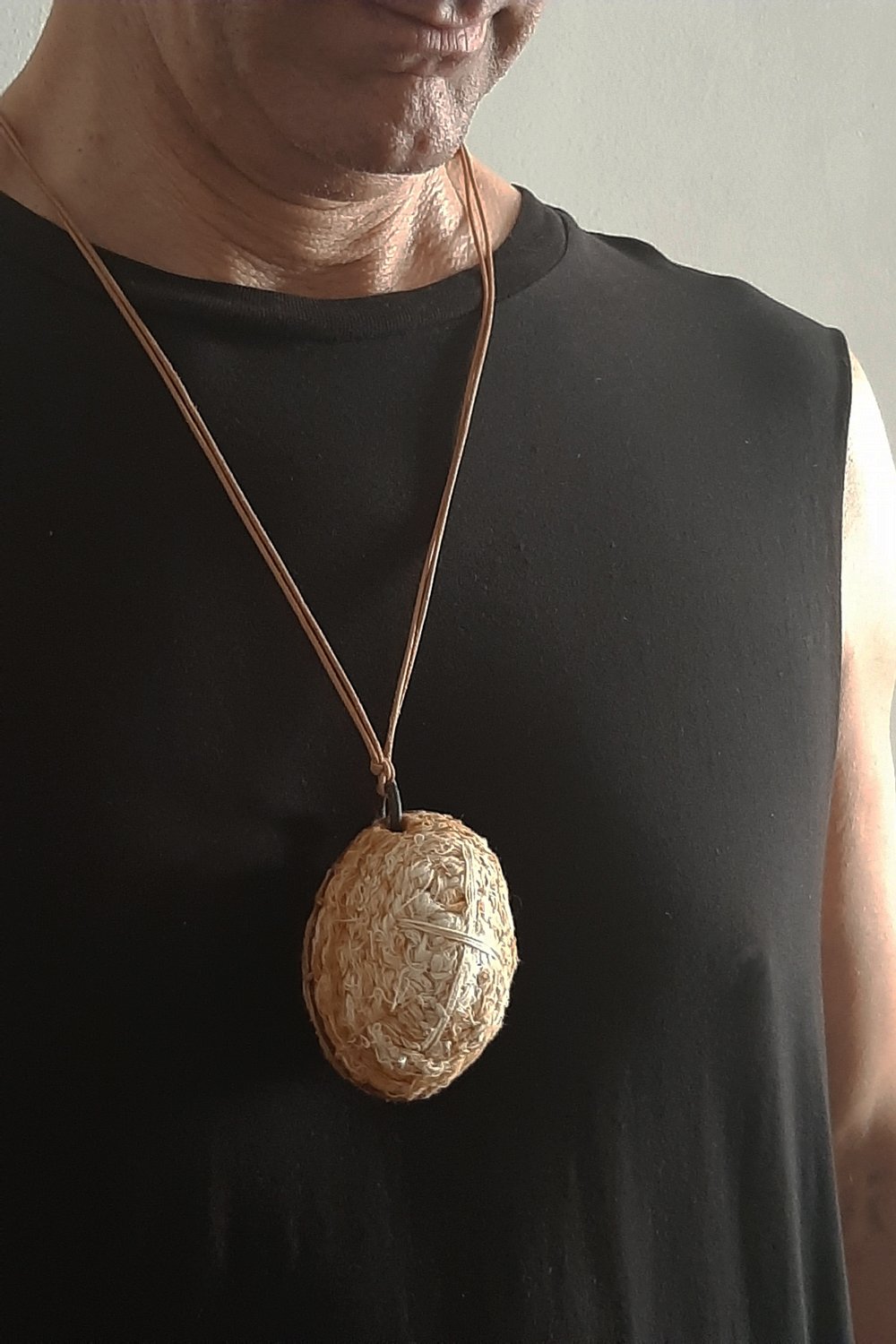 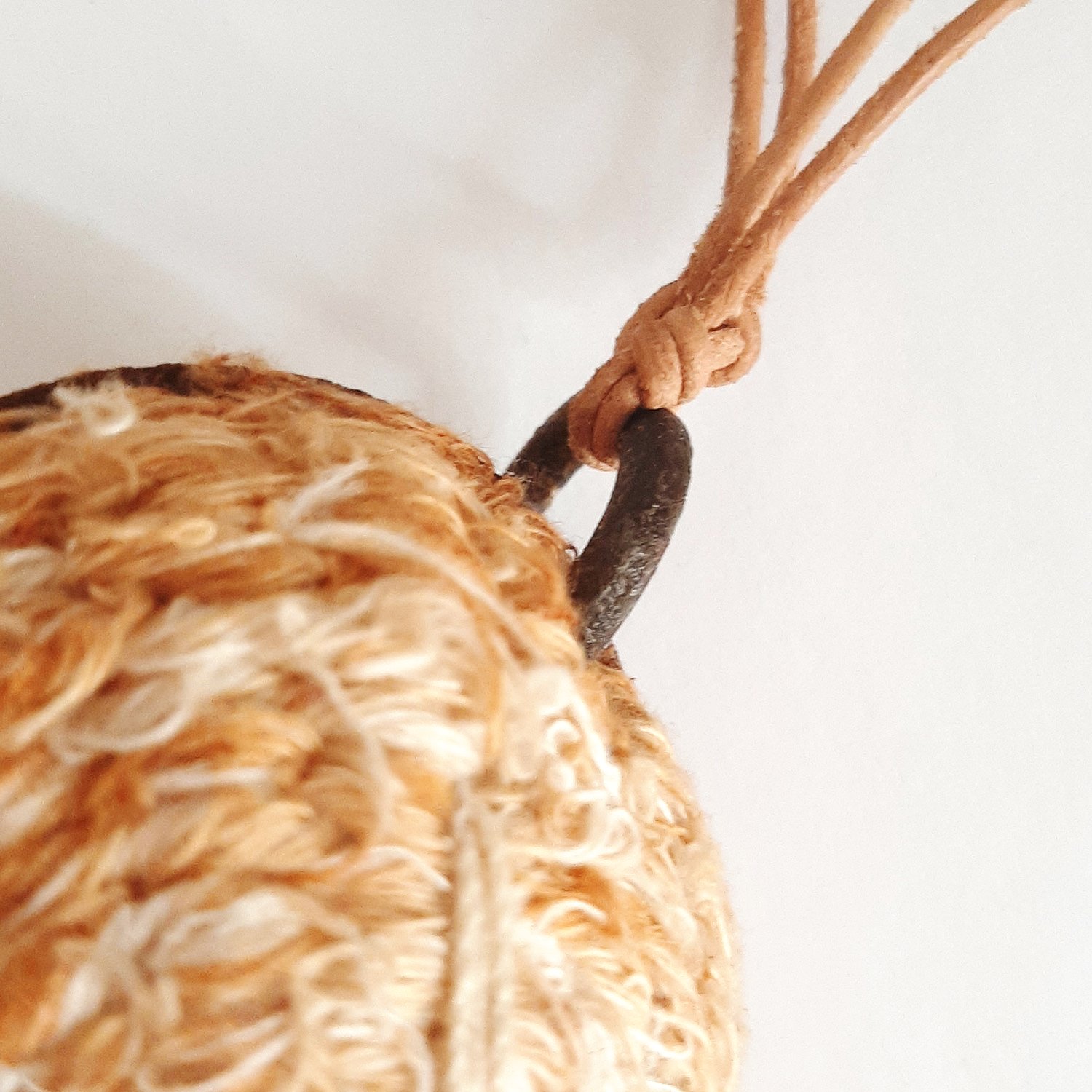 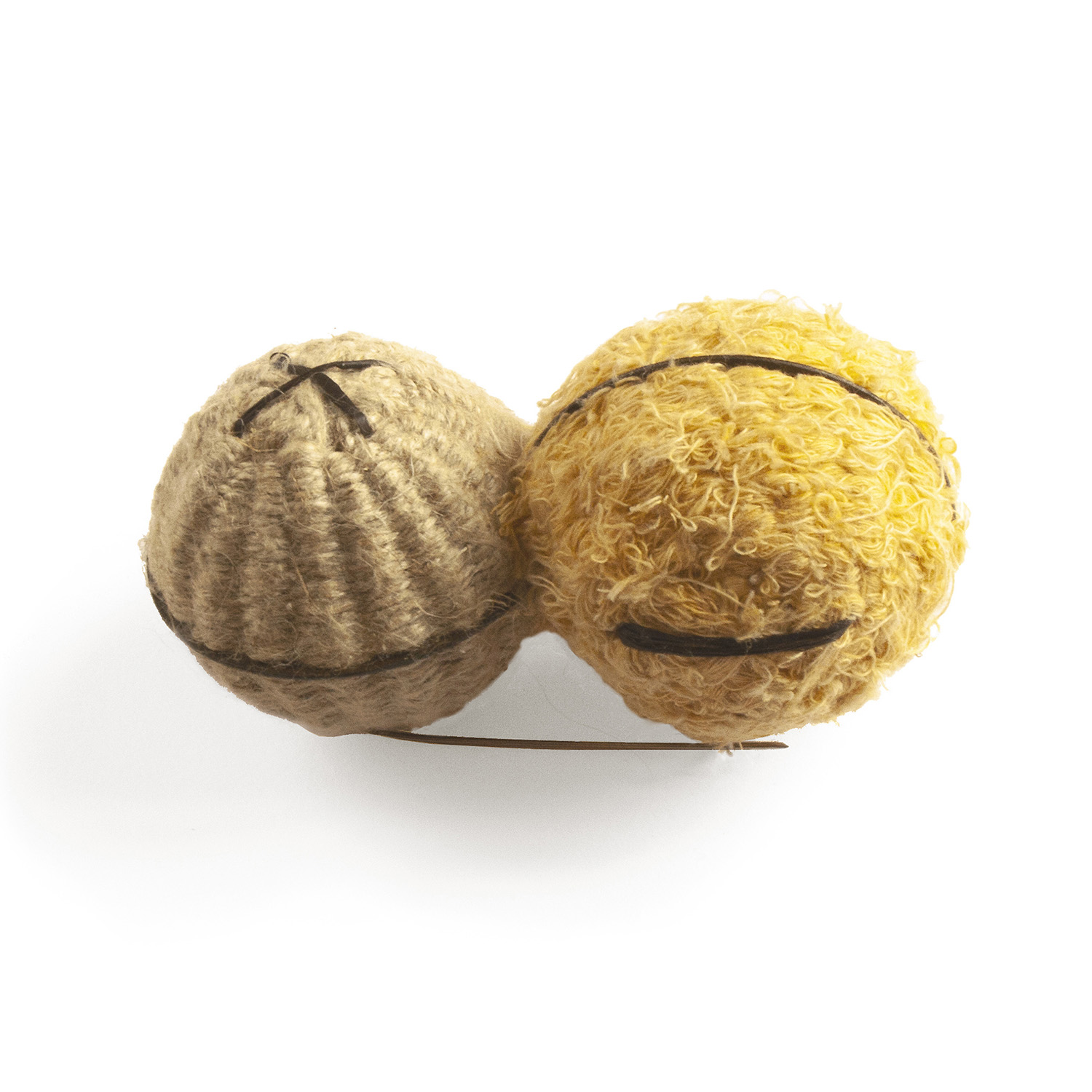 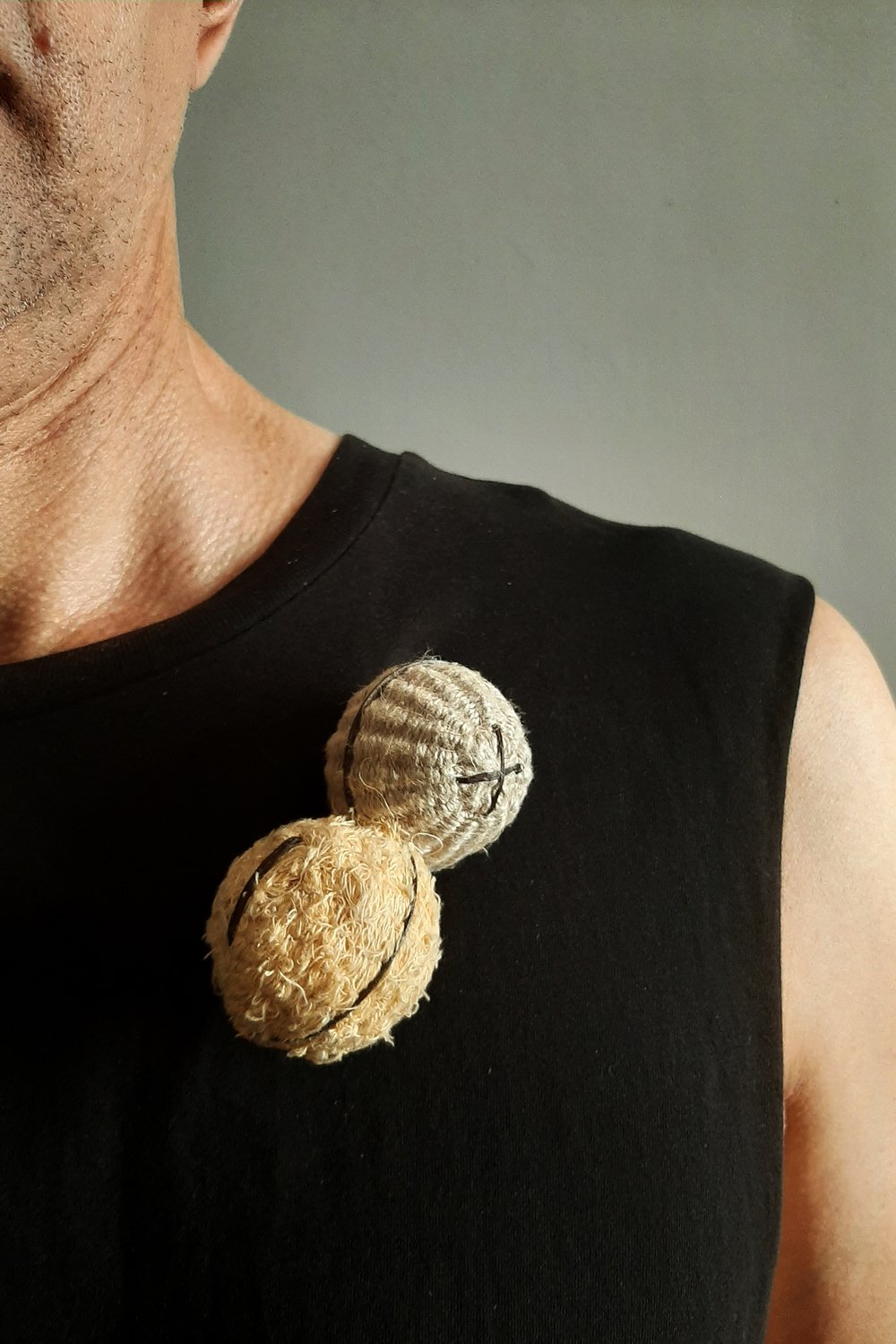 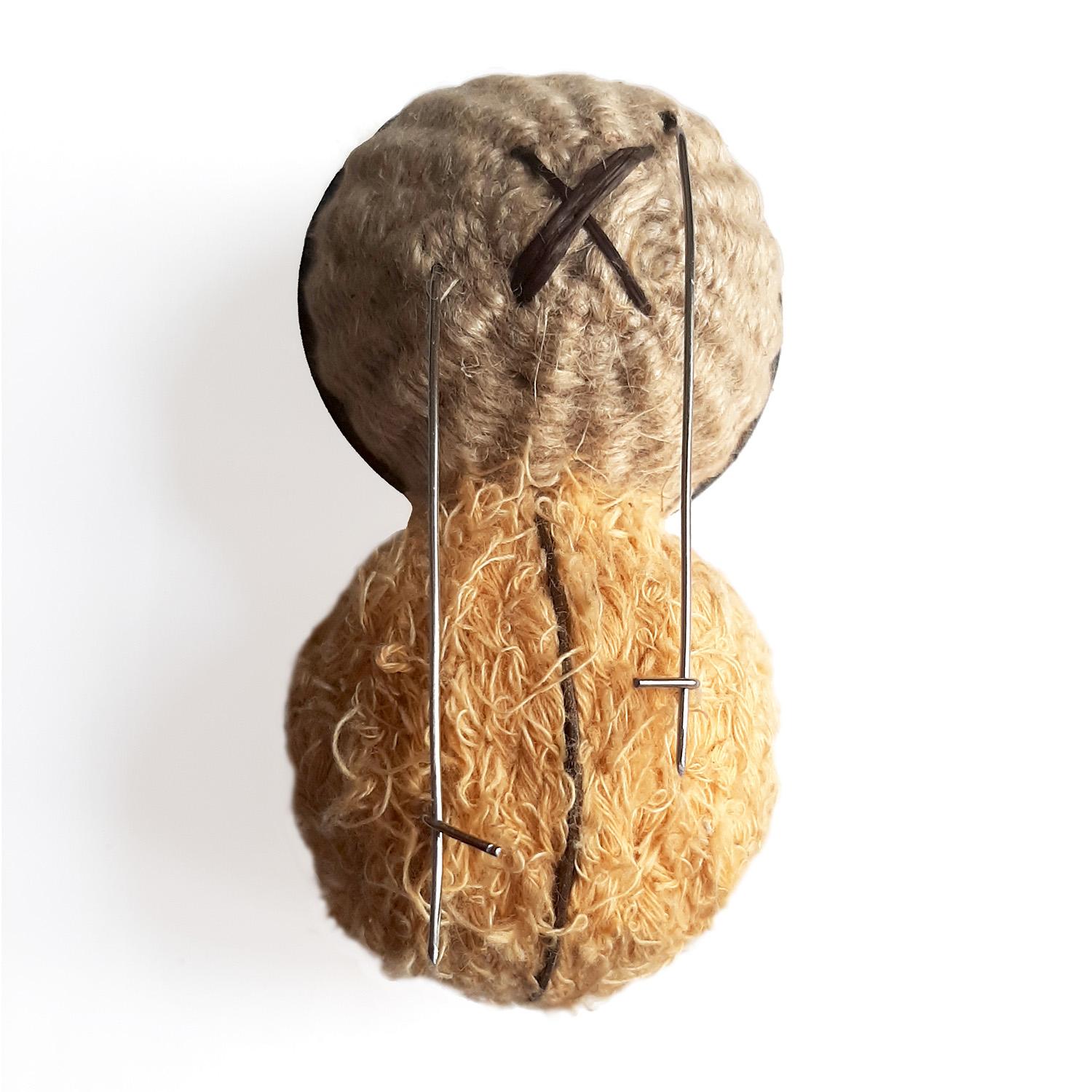 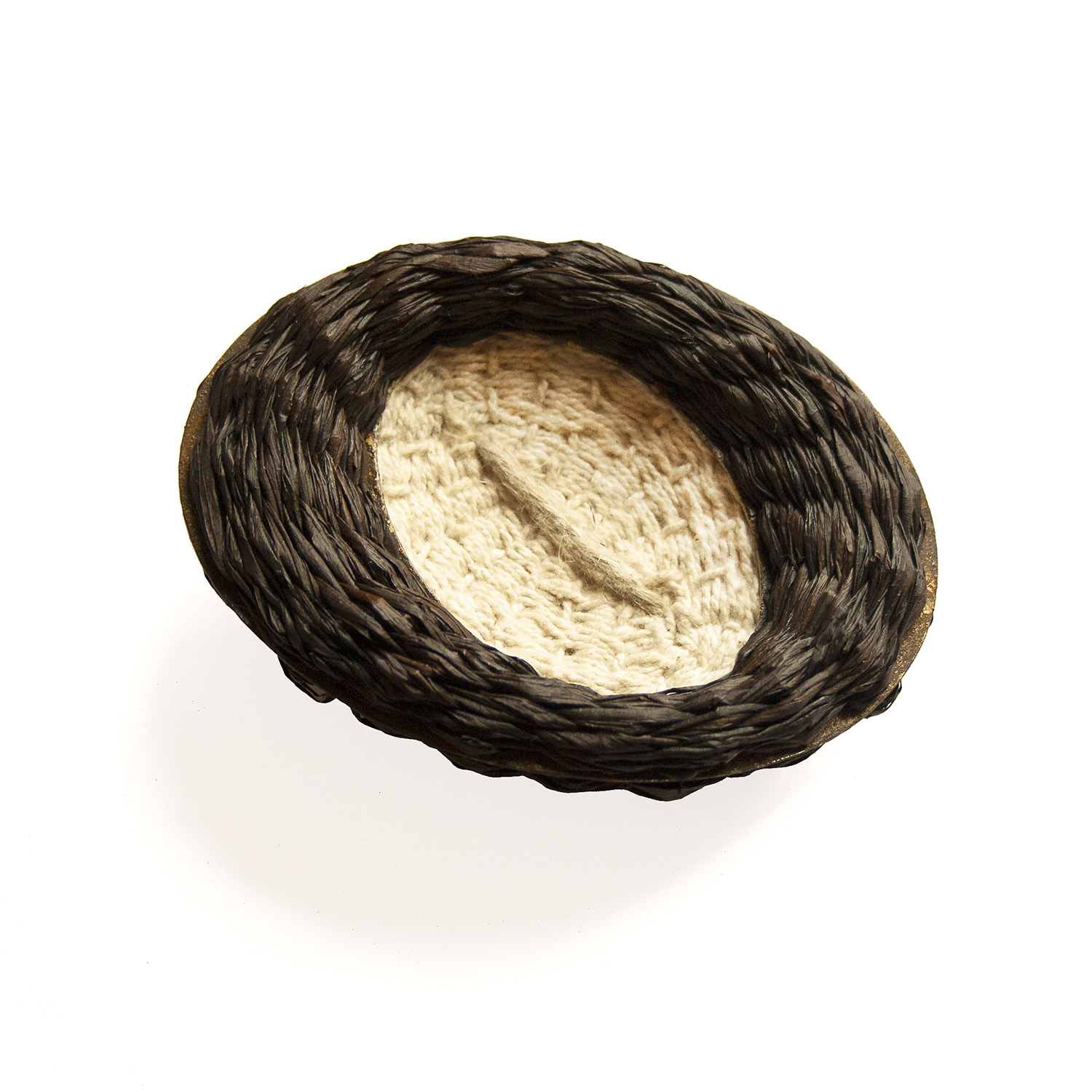 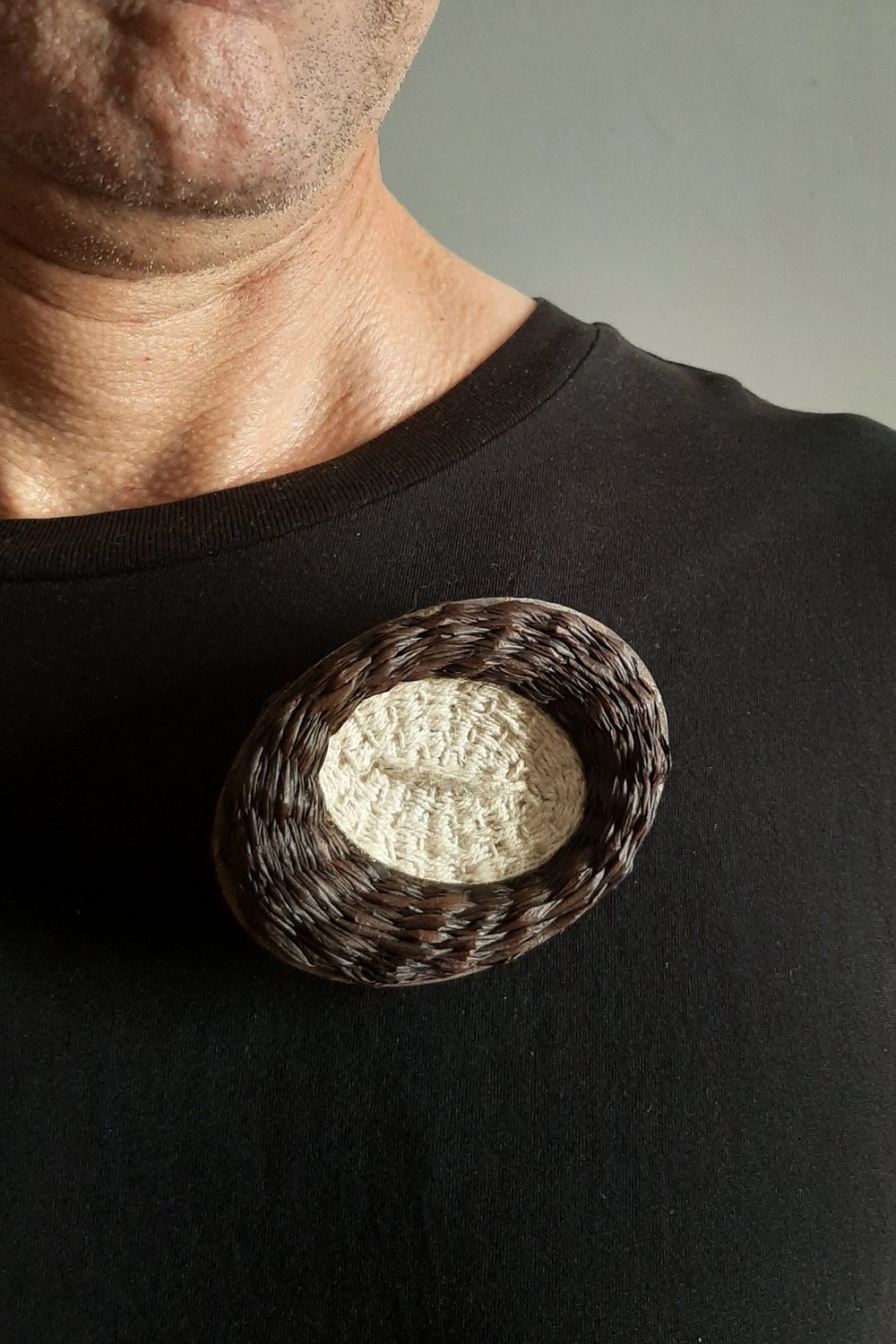 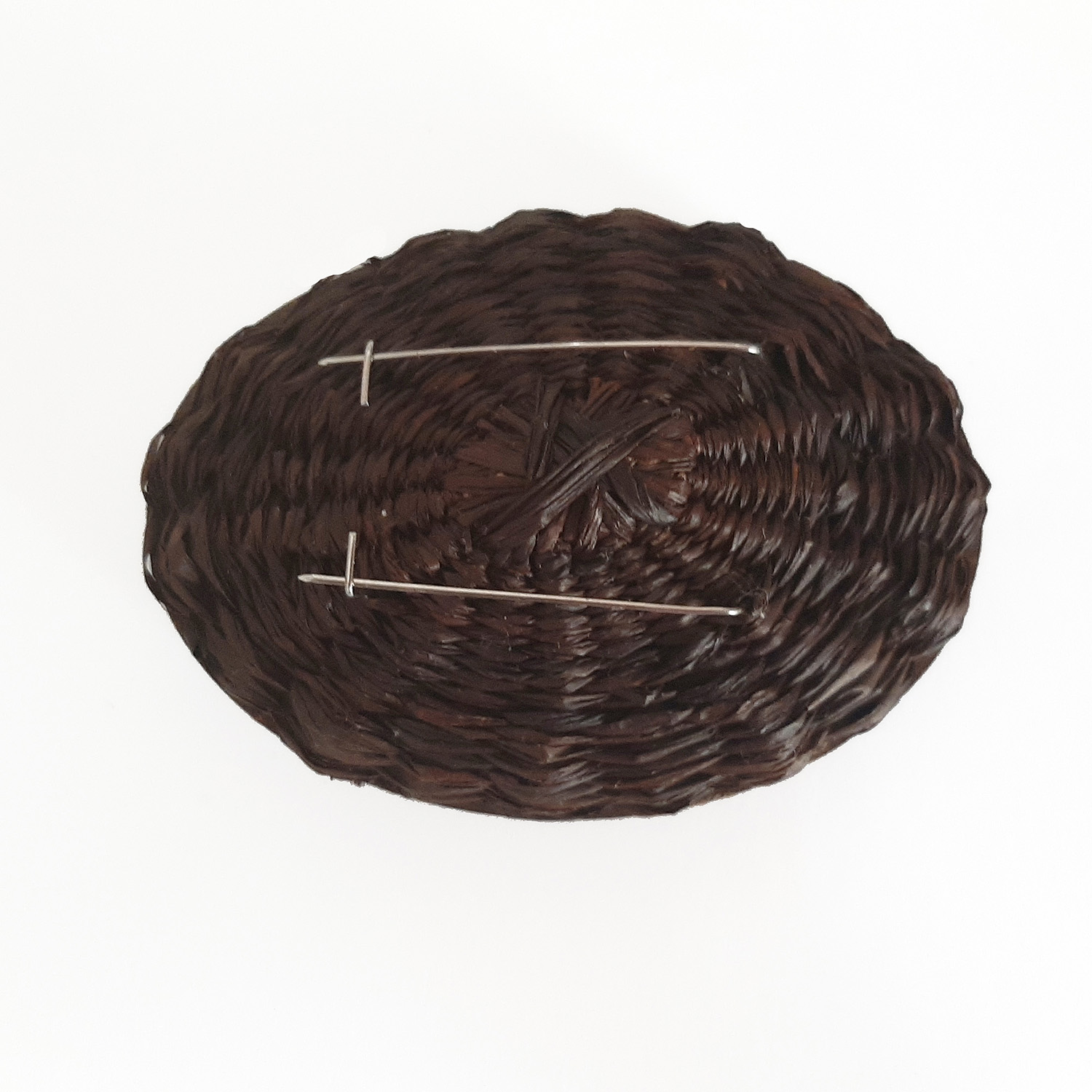 She studied Product Design at the Escola Massana (Barcelona). She has worked on different projects of design and props. In 2007 she began her jewelry studies with Jaime Diaz (Taller de Joyeria, Barcelona). She completed her jewellery studies partent (Barcelona).icipating in several workshops with Stephano Marchetti, Silvia Walz, Judy MacCaig, Stéphanie Barvié,Pilar Cotter and Katja Prins. In 2012 She studied “Design and techniques for artistic jewelry and artistic, a specialization course of UAB, in Massana Permanent

From 2012 to 2018 become part of the jewellery group “Joyas sensacionales” coordinated by Silvia Walz (Taller Perill, Barcelona), during that time she developed her own language in jewellery. In 2018/19 she participated in the international project ABC. Gemma showcases her work in several exhibitions in Spain, France, Holland, Greece, Canada, Germany, Portugal and England.
Actually one of her pieces from Lapses collection is part of the permanent collection in Espace Solidor (Cagnes-sur-mer, France).
In 2018 Gemma was part of the jury for the graduation jewellery projects in Escola d’Art of the Diputació of Tarragona (Spain) 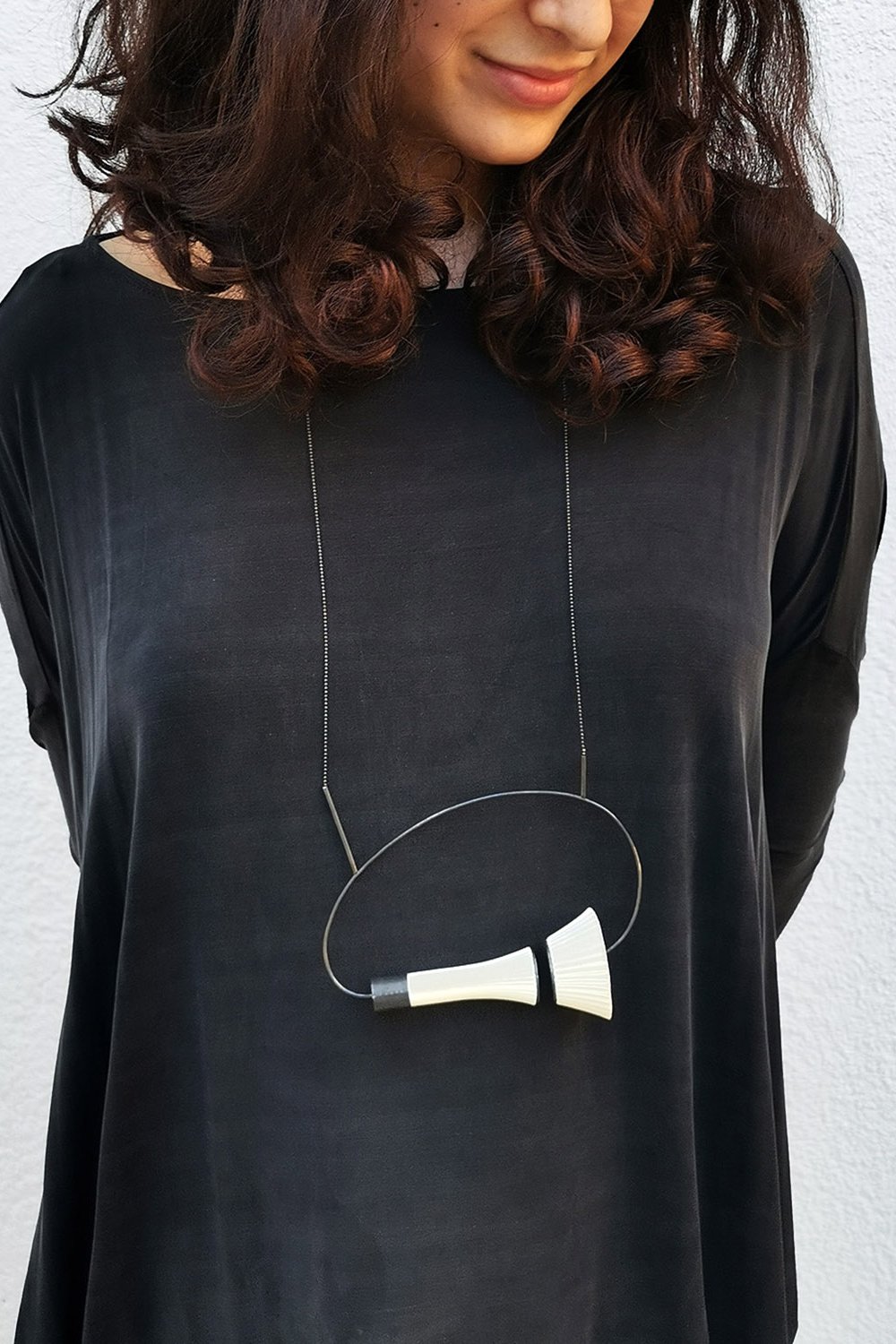 AGNES WO Narrative / Spain    I try to manage the language of emptiness and fullness to put my pieces in tension and poise, to explore the relationship between object and scale. I often think on white as a raw substance. Or, going even more backwards, as original...
Read More 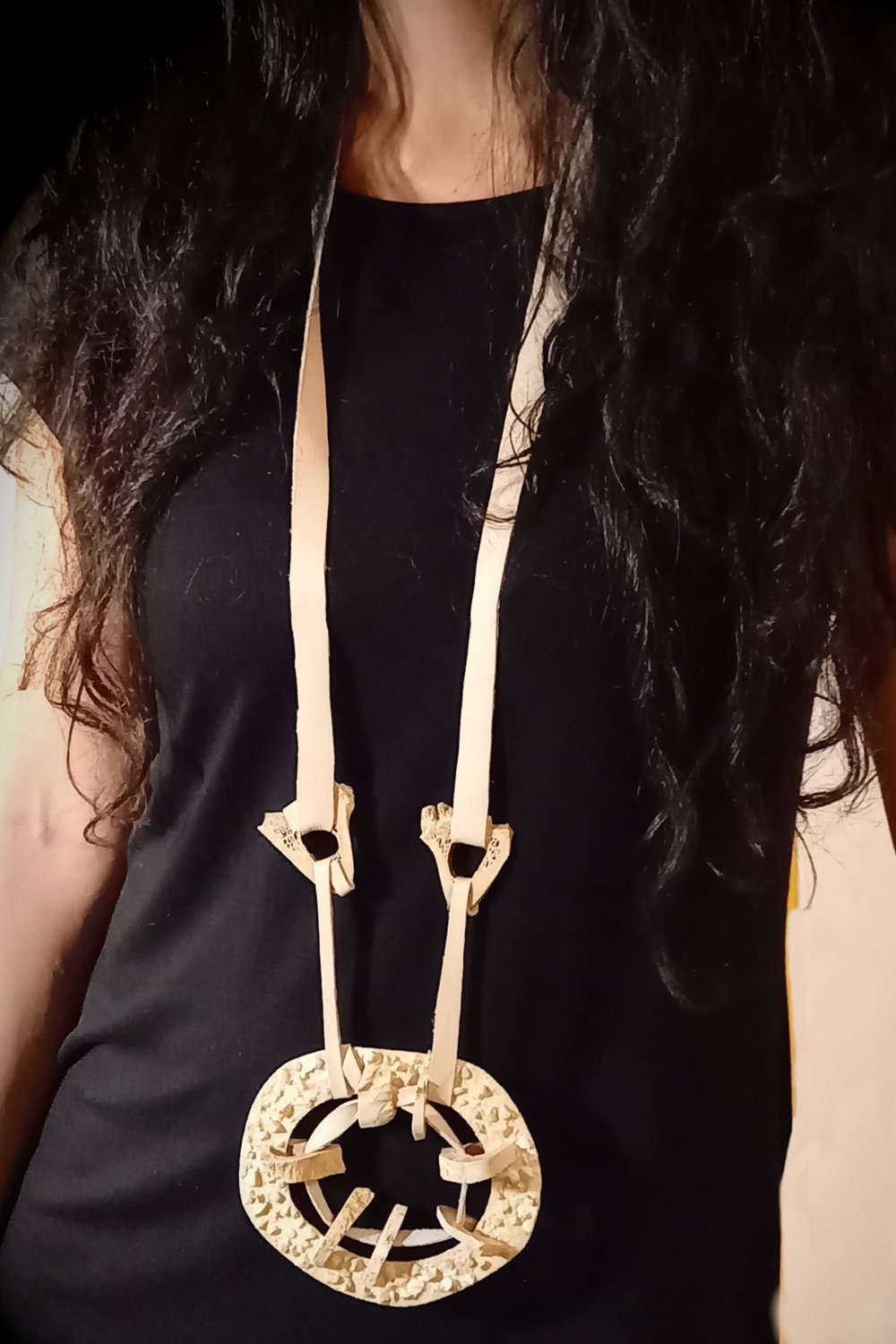 ANNA ZEIBIG Narrative / Hungary   A short story by Jorge Luis Borges titled The Circular Ruins inspired me to create this piece. It's a haunting tale about a stranger who arrives at the ancient circular ruins of the God of Fire. He fell asleep there and begins to...
Read More 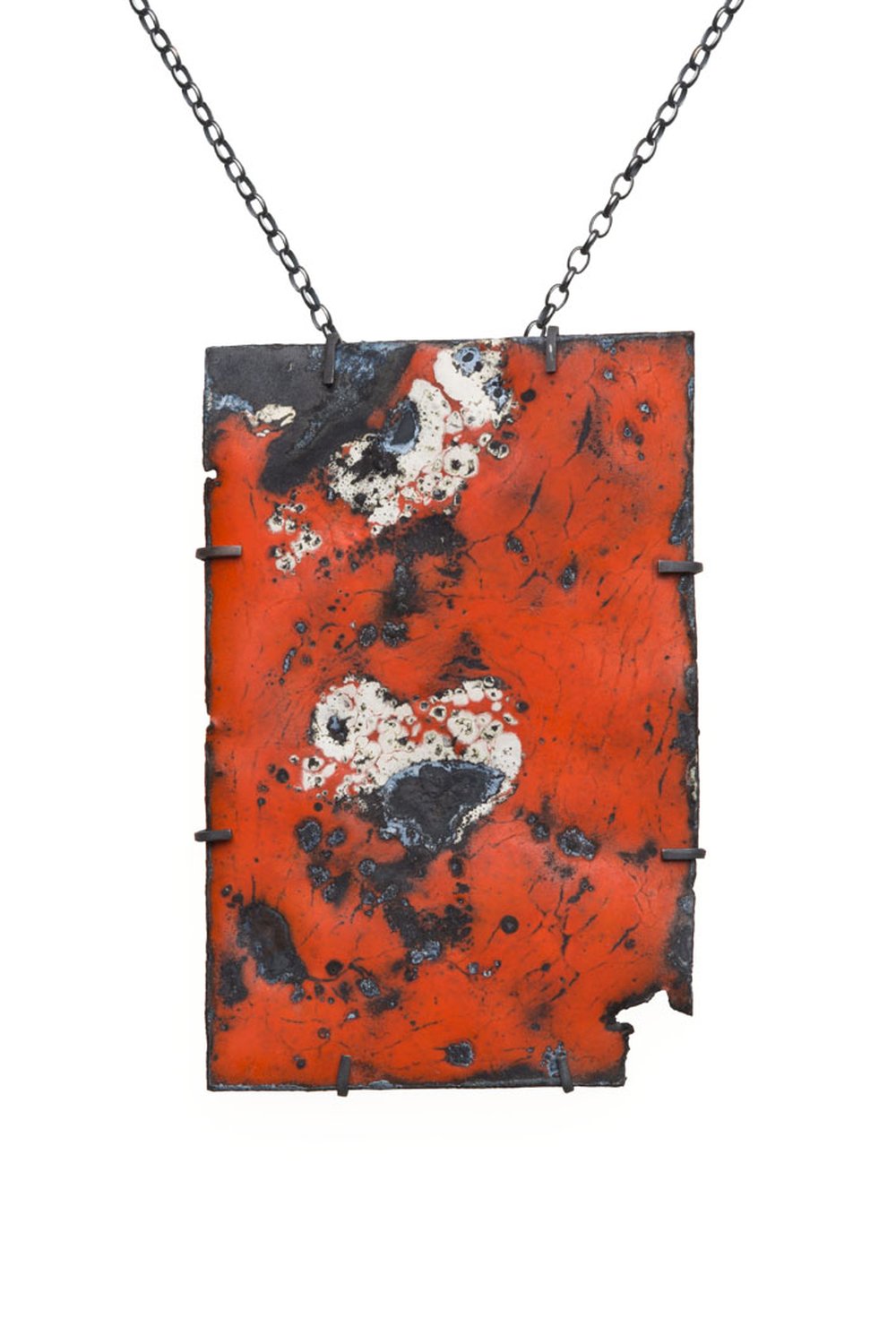 CATHERINE LARGE Narrative / Australia   his pendant is part of a series of works I have developed called Unintended Consequences. I walk regularly in the dry eucalypt forest of Mt. Coot-tha near my home in Brisbane and over the course of a number of years, with...
Read More 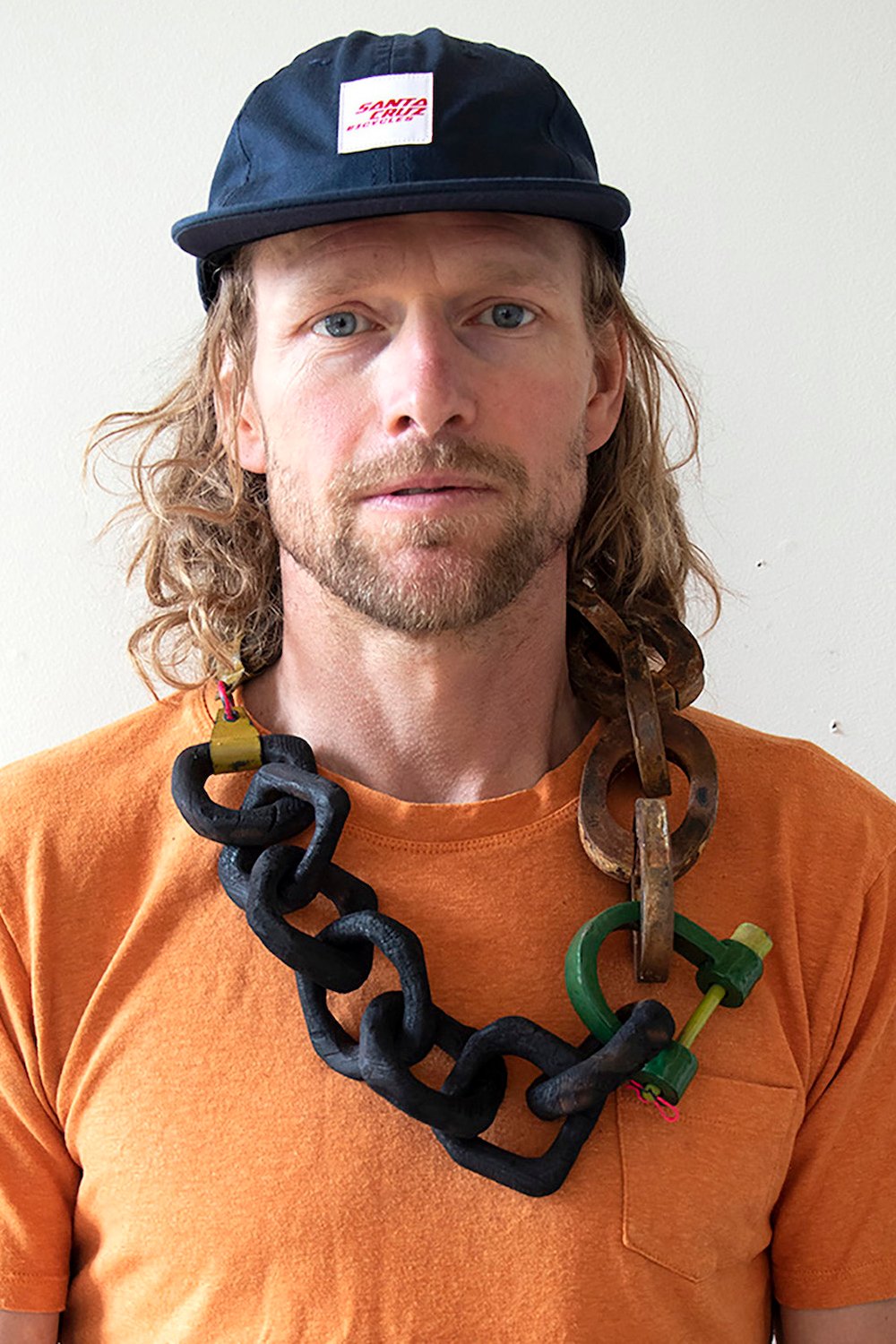 JAMIE KROEGER Narrative / Canada   Through the creation of jewellery objects, I consider and portray the relationships that exist between humans and outdoor environments. The narrative develops through careful choice of material and process. Through these...
Read More 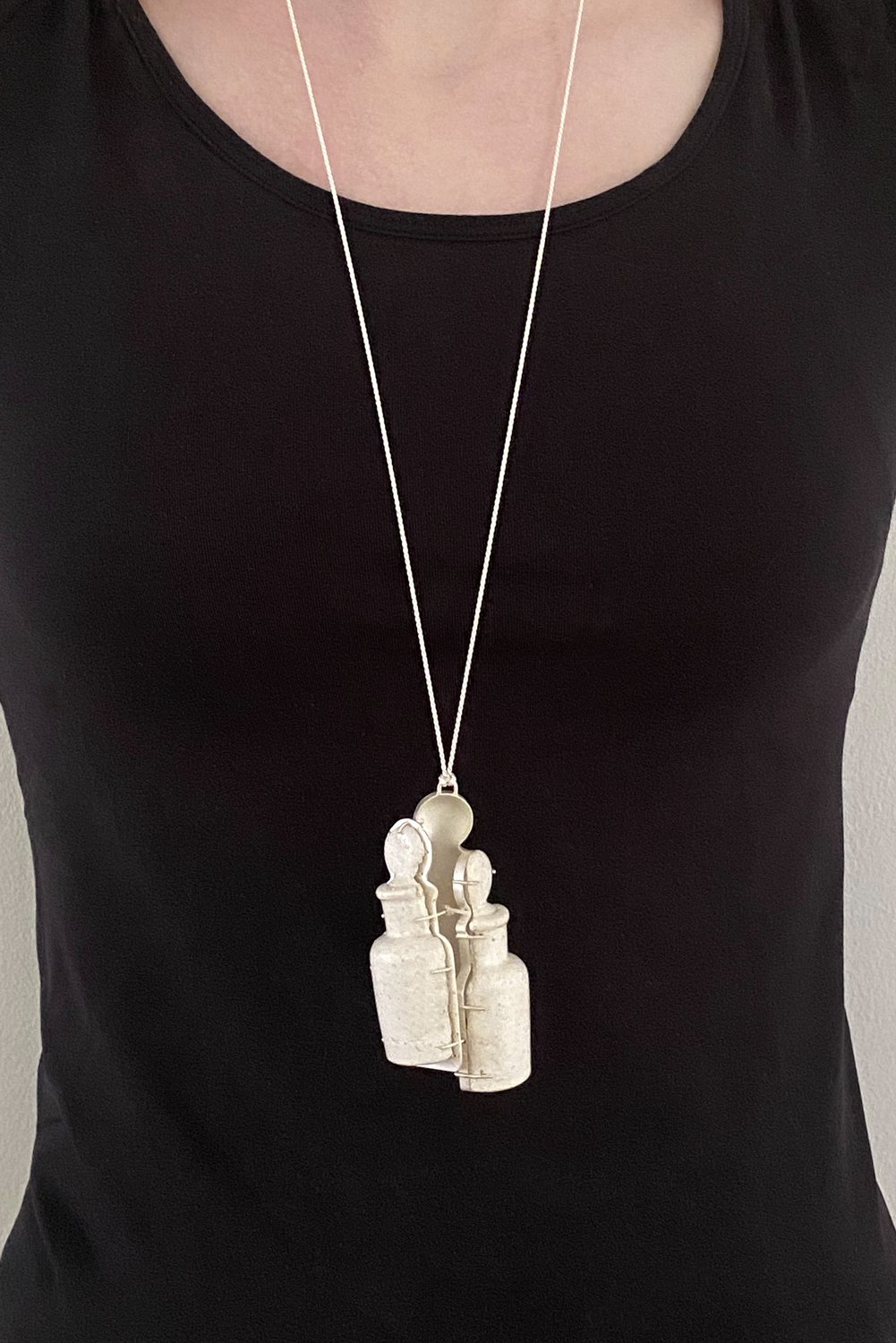 KATJA TOPORSKI Narrative / USA   The pieces in this series are composed of cast or fabricated copies of a single form: a small apothecary glass flask. Coming from a family of pharmacists, I have a collection of those, handed down to me from a variety of retired...
Read More 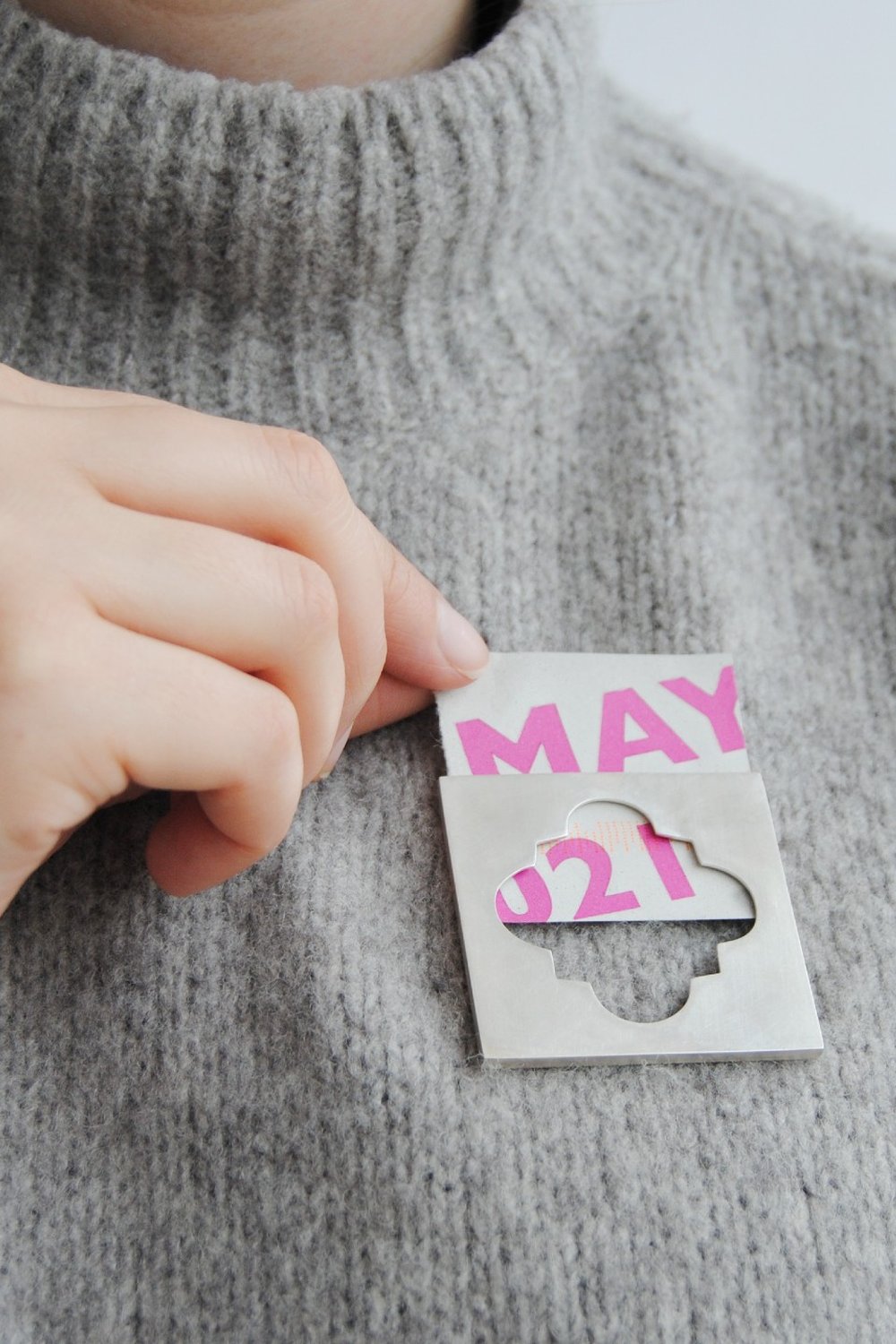 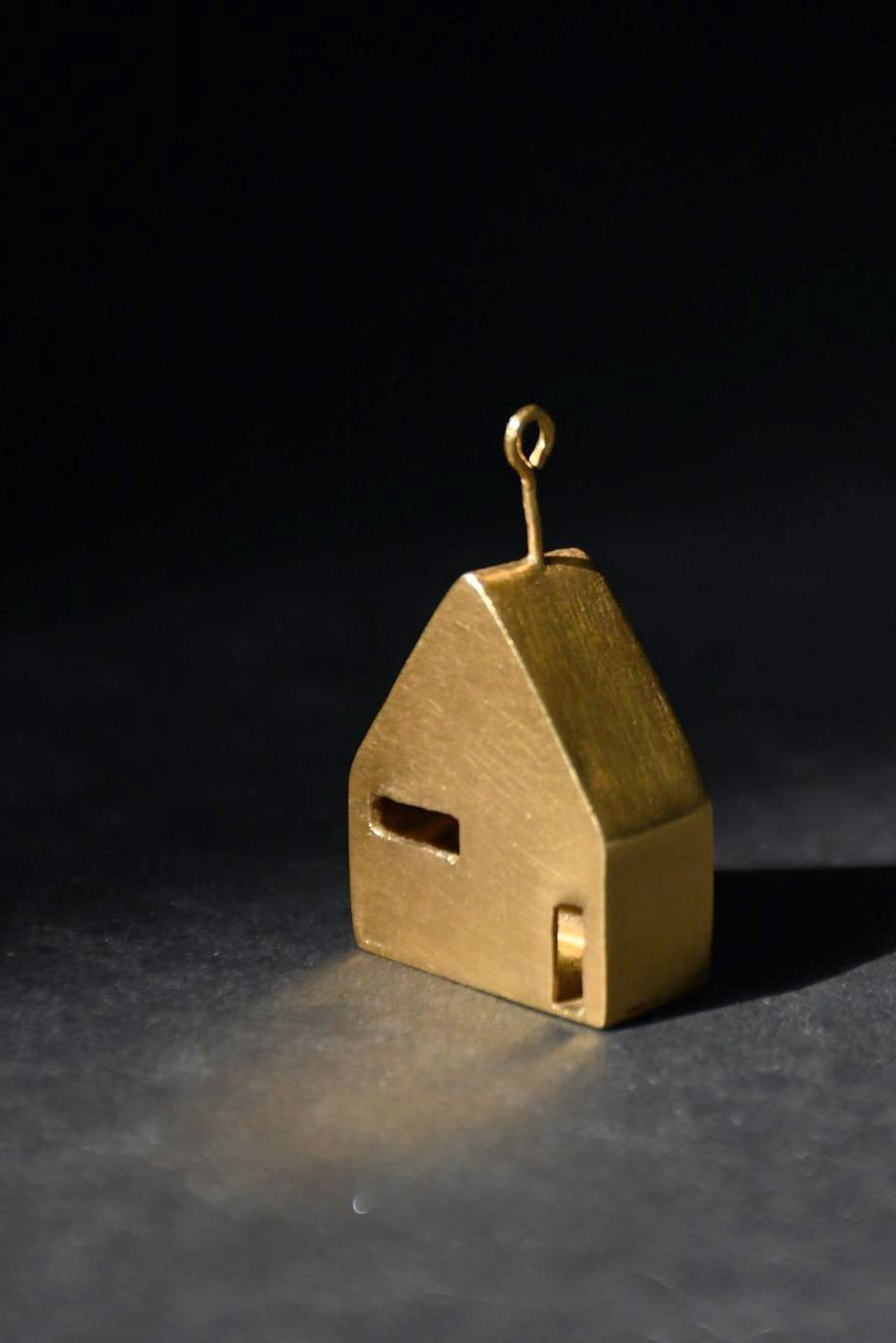 MELINA KISTANI Narrative / Switzerland   Melina Kistani, born in Greece, lives and works in Switzerland. Landscape architect and jewelry artist. In her work she combines her background in architecture and with a strong inspiration from illustration art, creates...
Read More 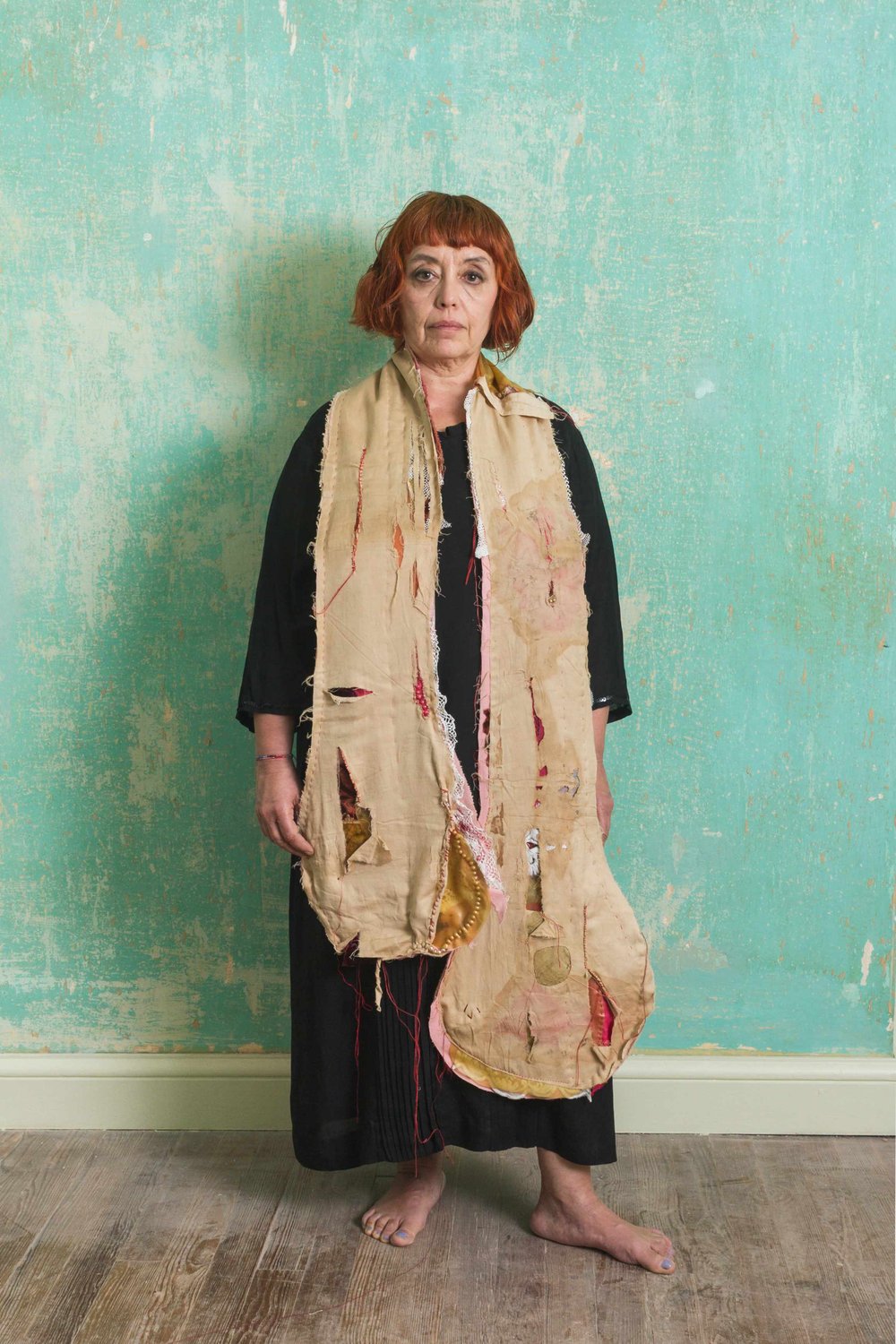 MONIQUE LECOUNA Narrative / Argentina   Amulet to protect A Room of One’s Own In this amulet these wrappings protect and preserve my “own room” of which Virginia Woolf spoke in her book. That room represents my ability to create. I discovered this during my...
Read More 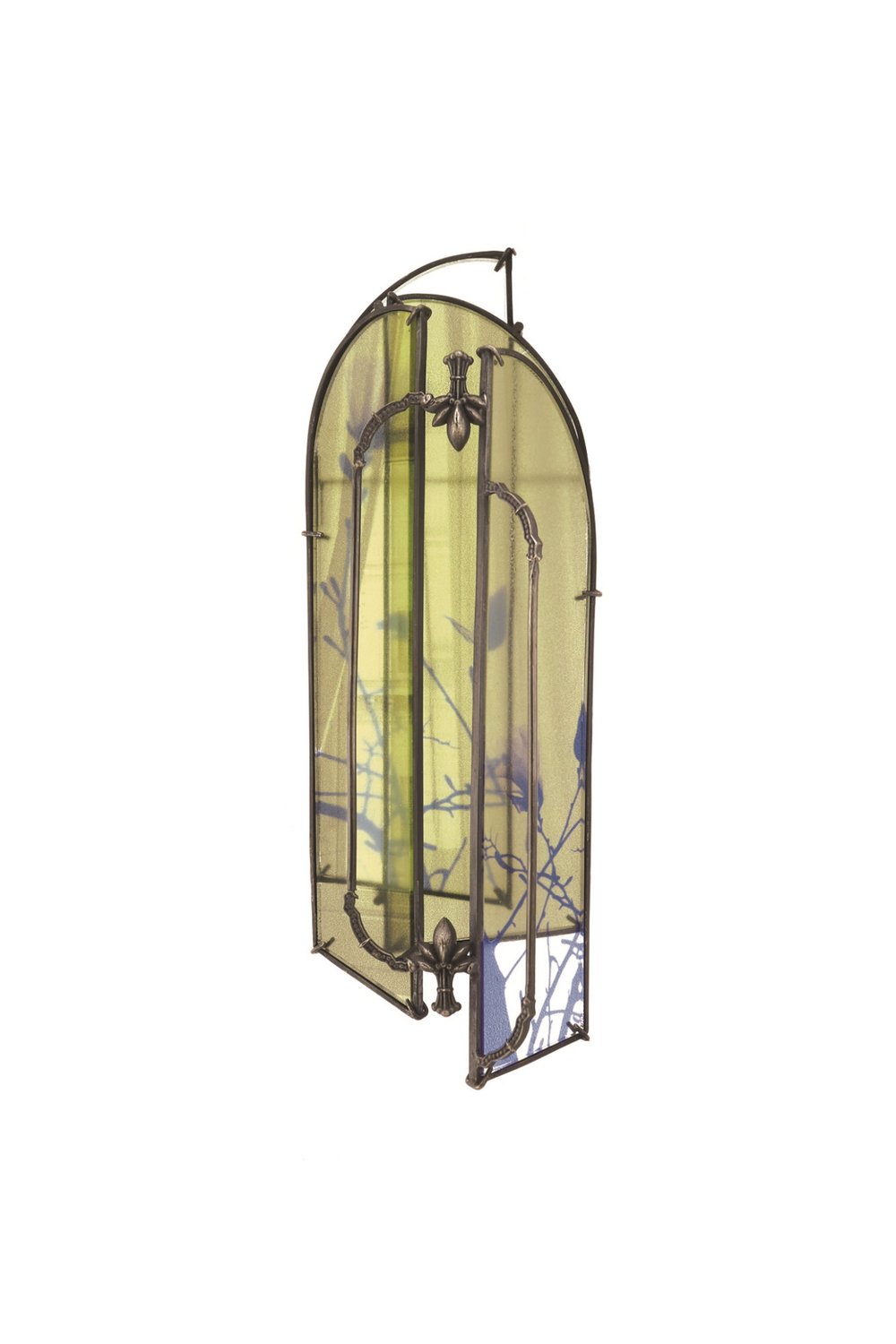 NAMKYUNG LEE Narrative / South Korea   Places I, or others, stayed remain as images. These places, in which we stared and felt differing emotions, are fixed as scenes. The photographic images I use represent those parts of a place where gazes fell and rested....
Read More 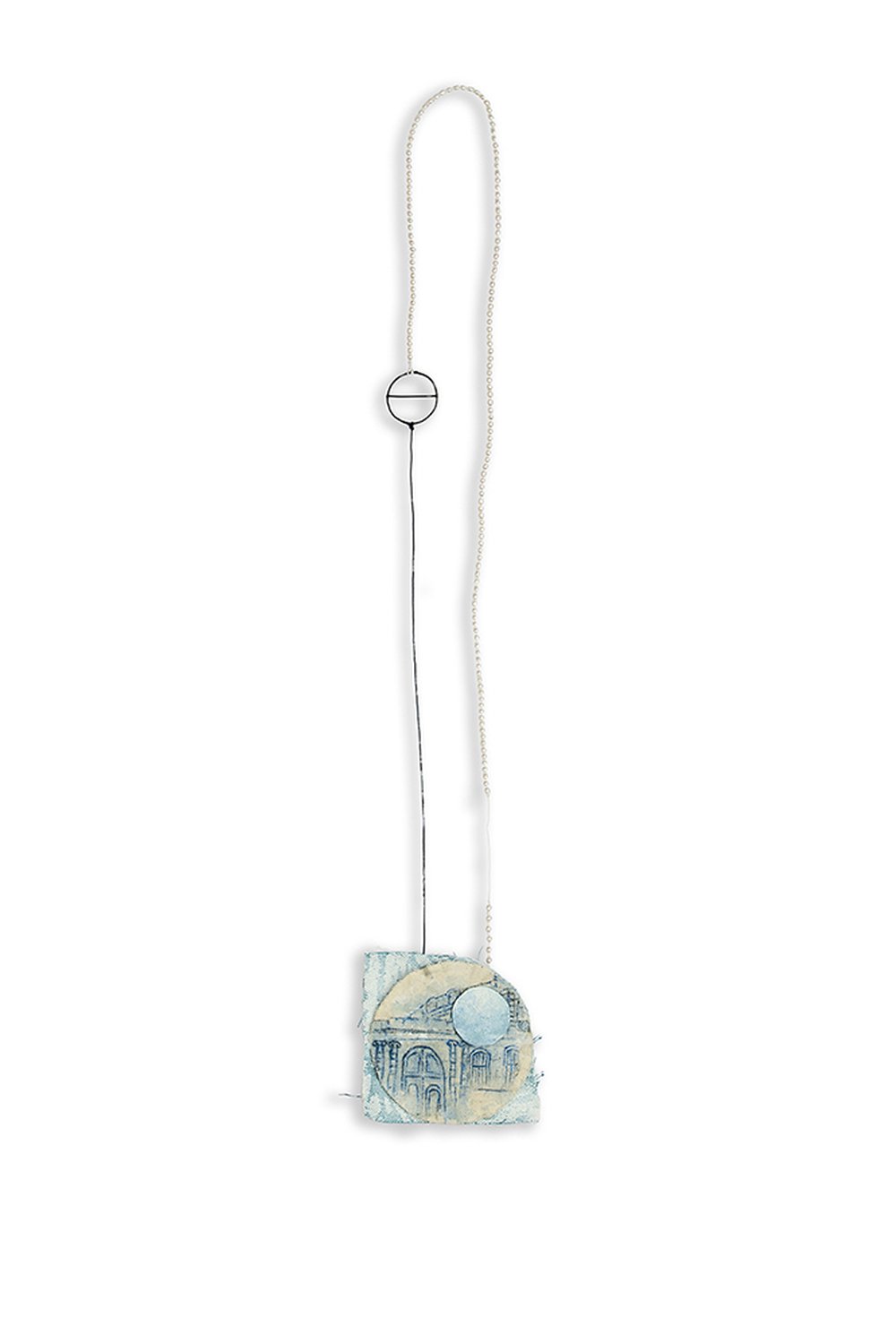 RAQUEL BESSUDO Narrative / Mexico   Through my work, I explore the quotidian, my everyday relationship with what surrounds me — little and intimate happenings or places that inspire me, then become an intrinsic part of my work. If I refer to memories, it is a...
Read More
GO BACK TO NARRATIVE

Text & pictures provided by the artist

The content of this wesite is copyrighted, any reproduction is strictly forbidden without authorization.