My work rests on two main ideas: construction and expression. Jewel is, for me, a temporary, transitory, nomadic micro-architecture or sculpture looking for dynamic relations with a body, an object or a space. It is the result of processes of materials’ deformation rather than the imposition of pre-determined forms on pre-given materials. Jewels are not mimetic, representational, ornamental, or narrative, but expressive constructions of material-forces, since there is no form to represent, imitate, or even invent, no story to tell; there are only forces to express, forces of nature, animal and psychic forces, trans-individual and collective social forces, forces of life. 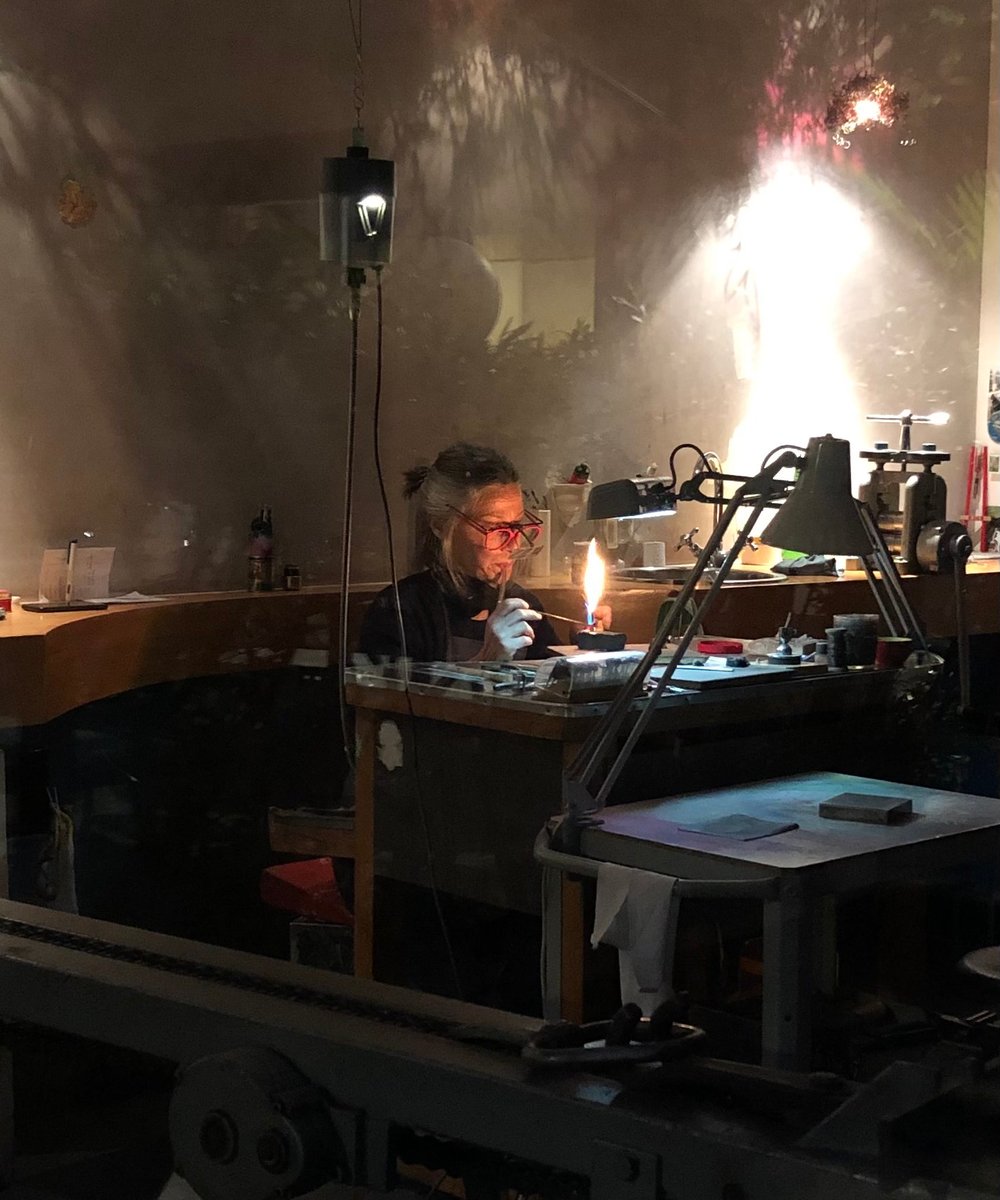 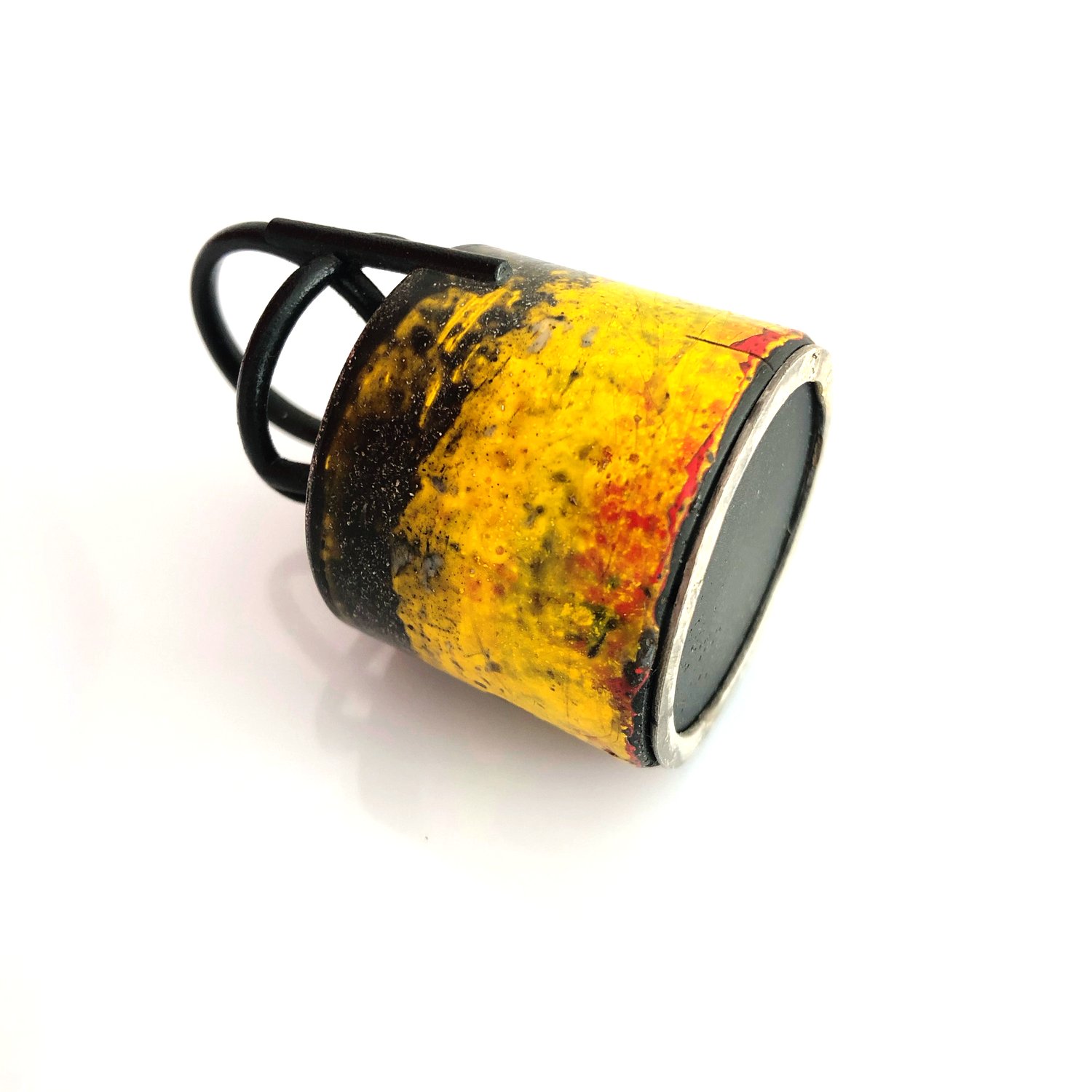 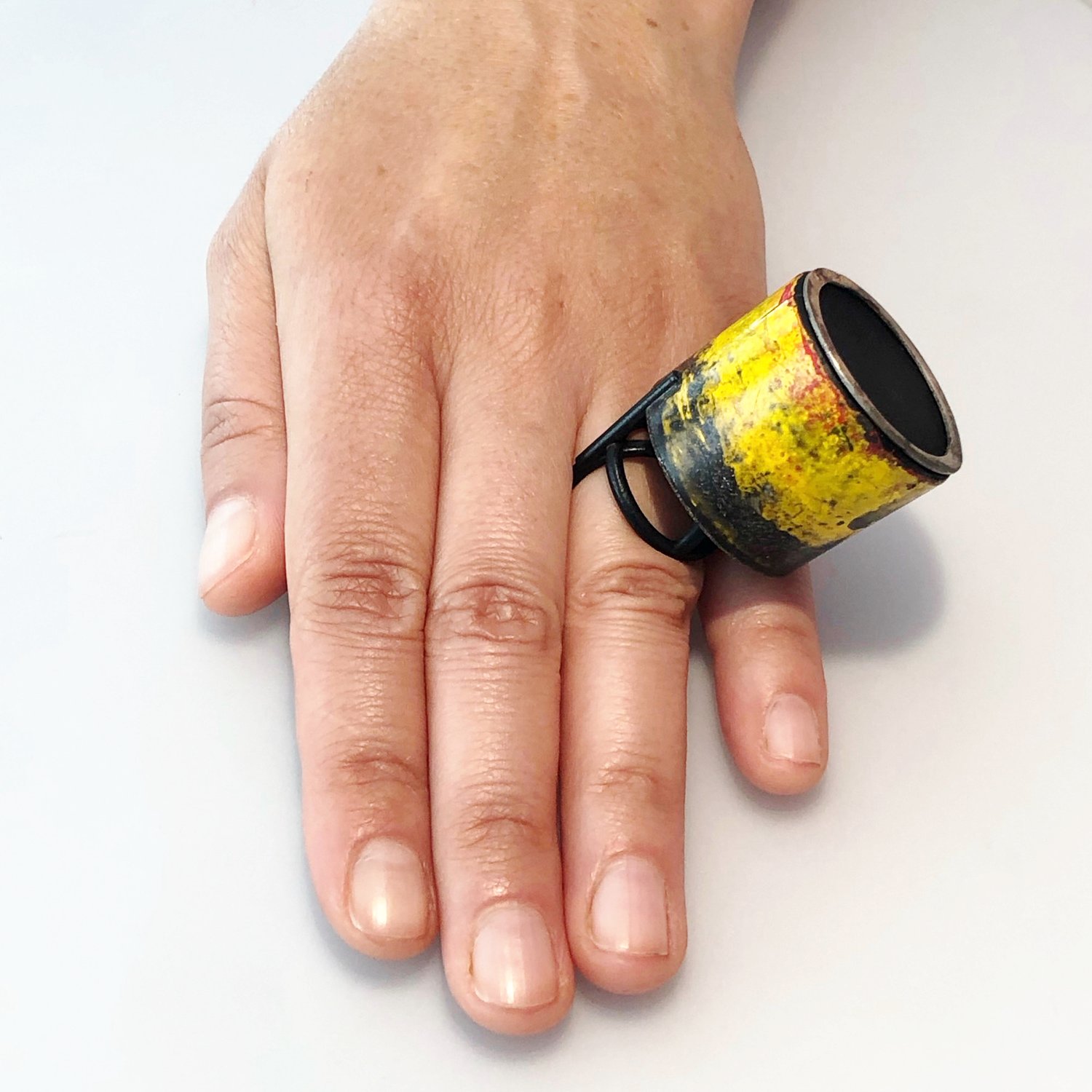 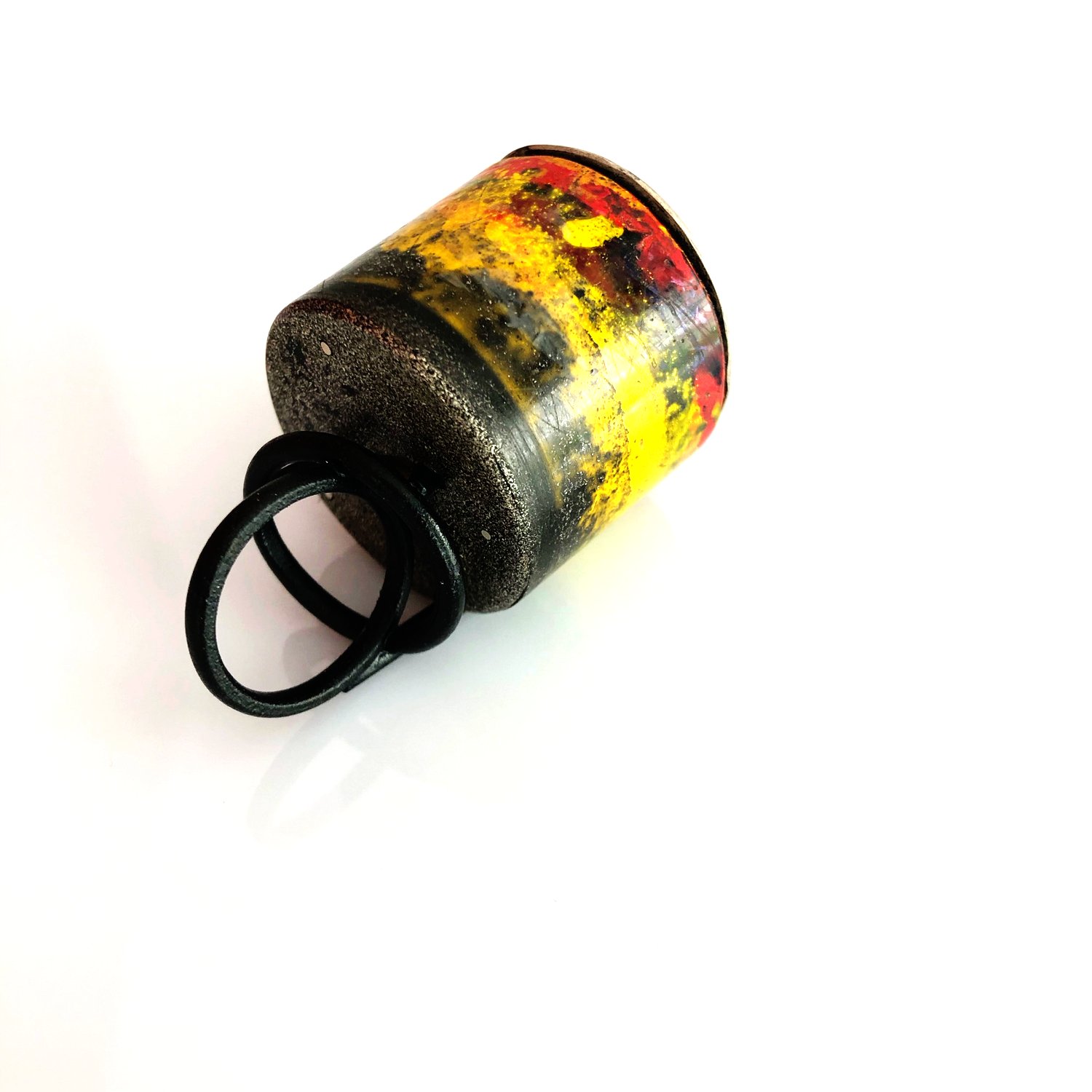 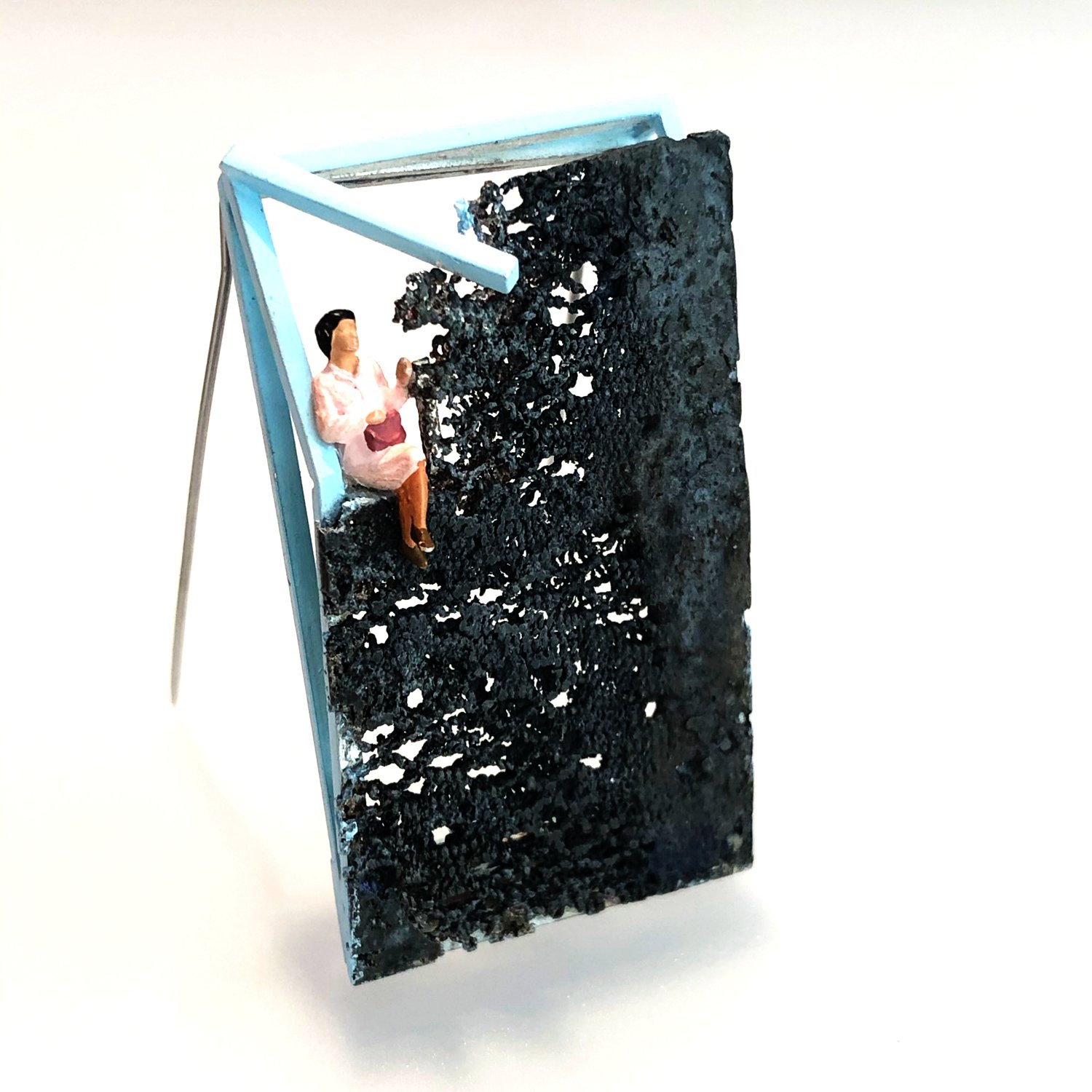 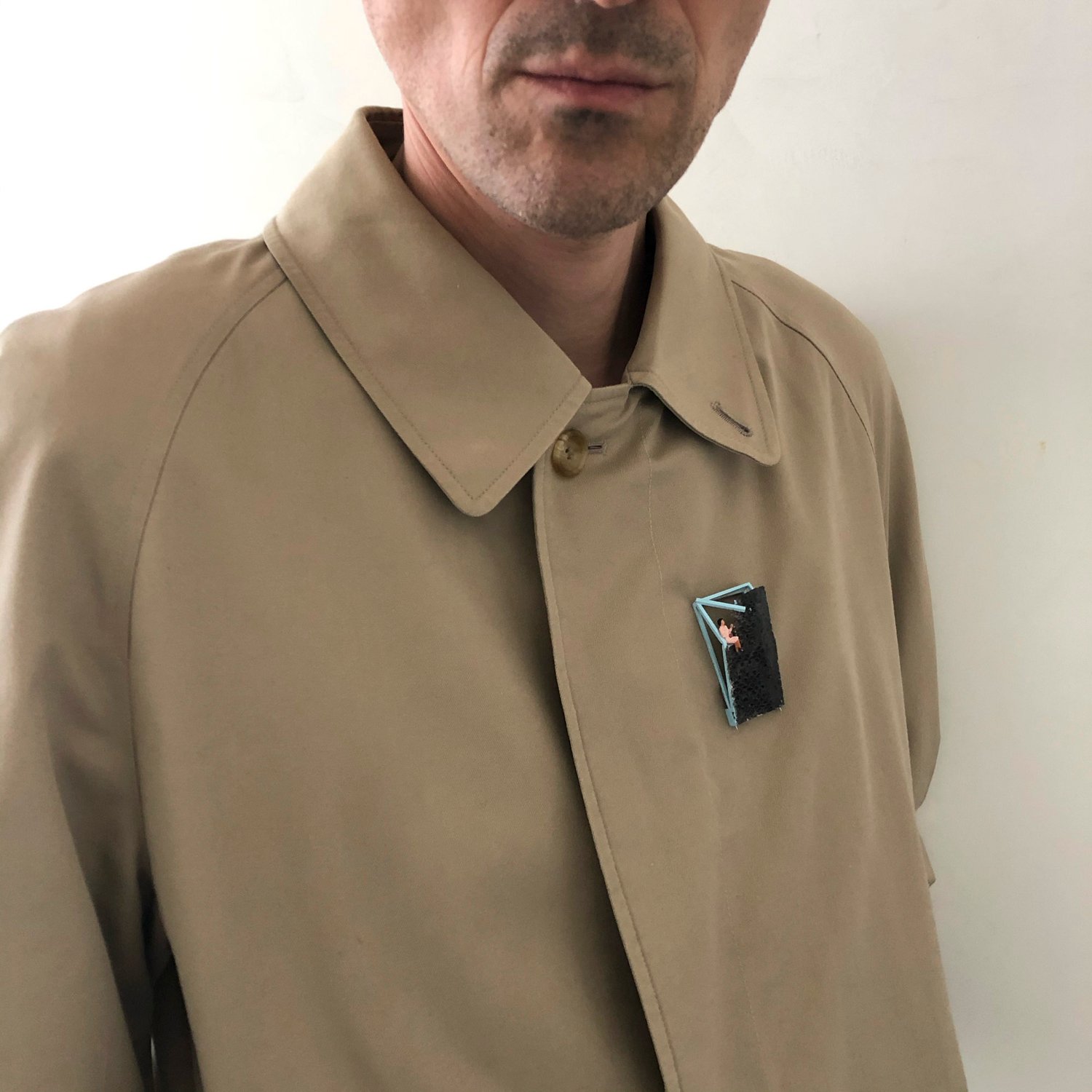 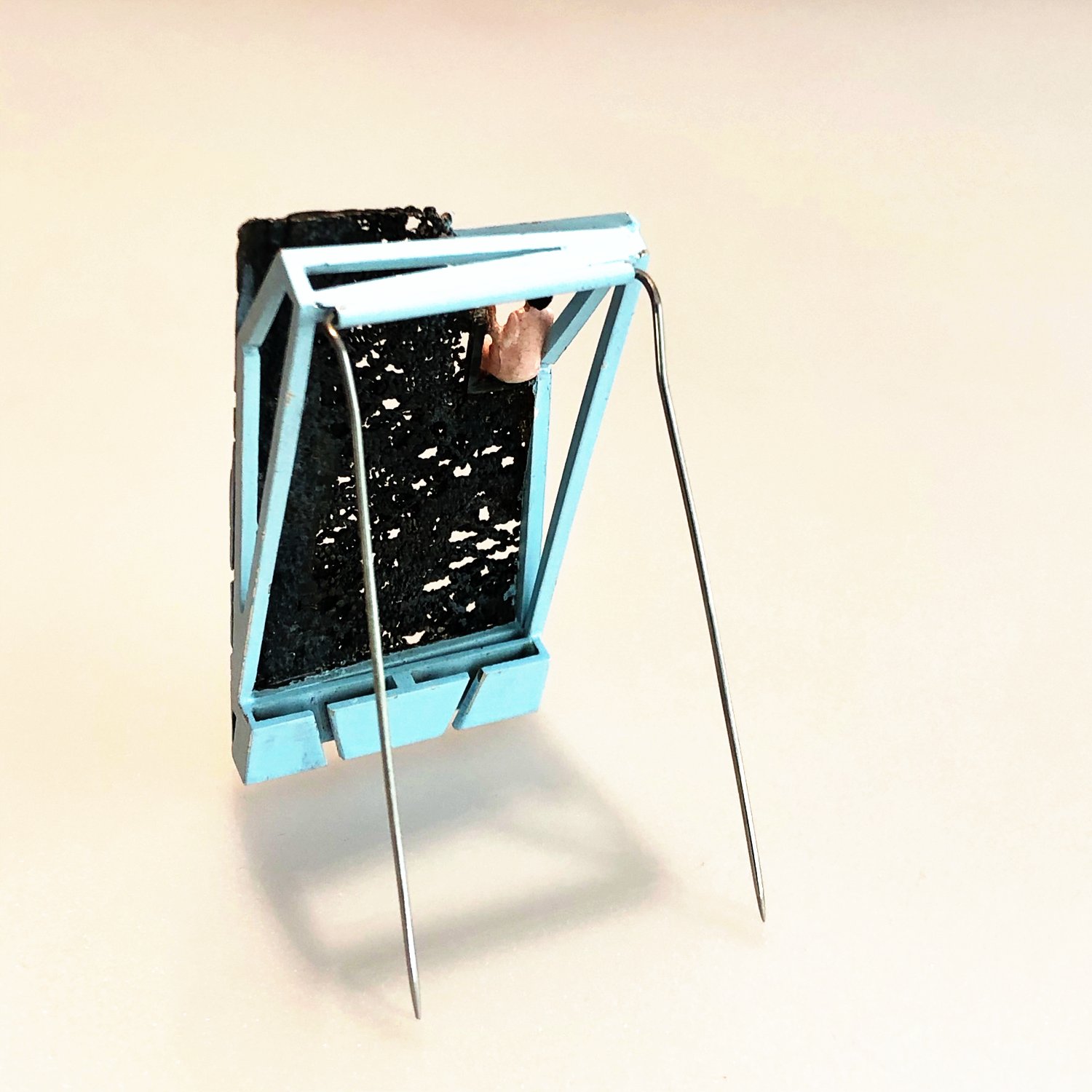 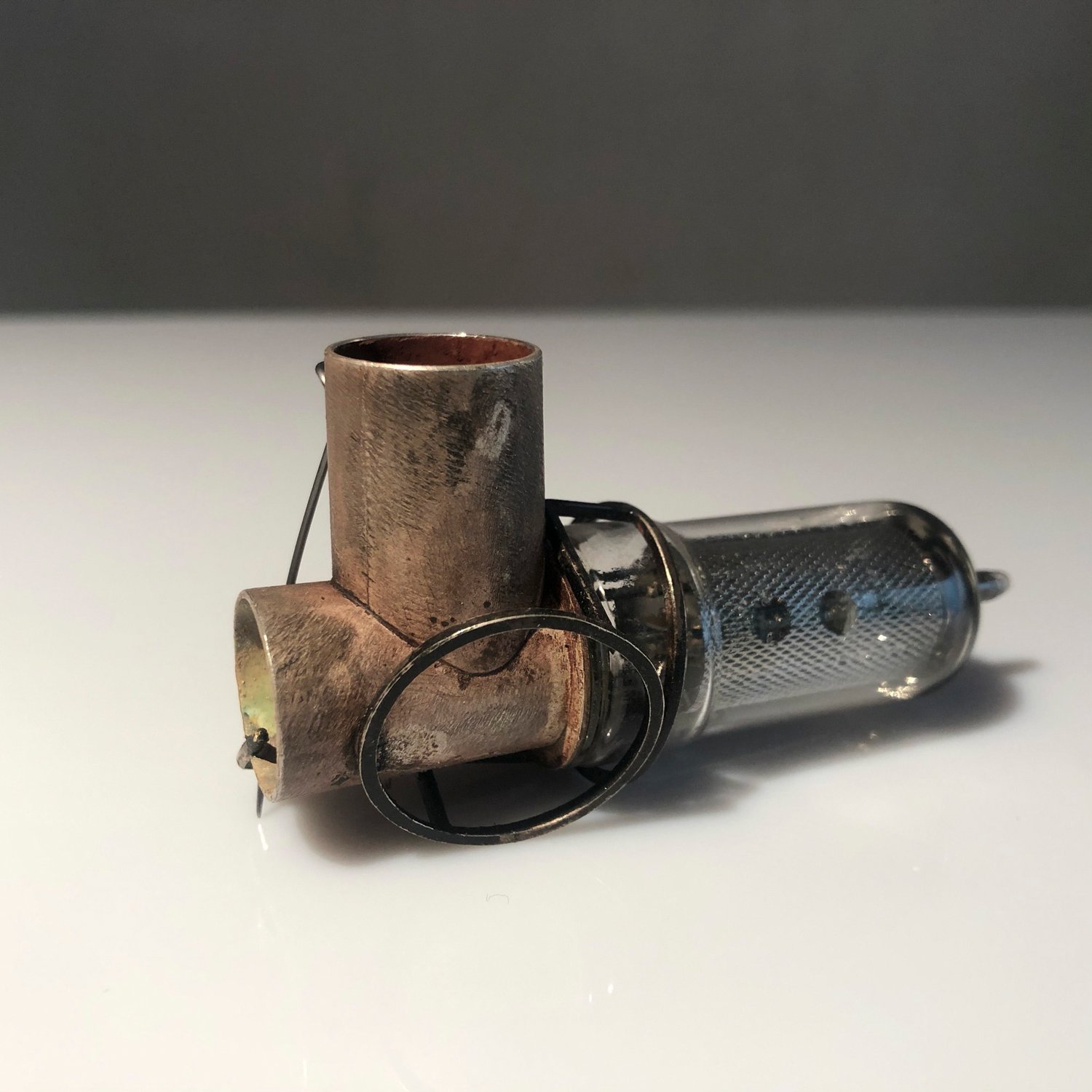 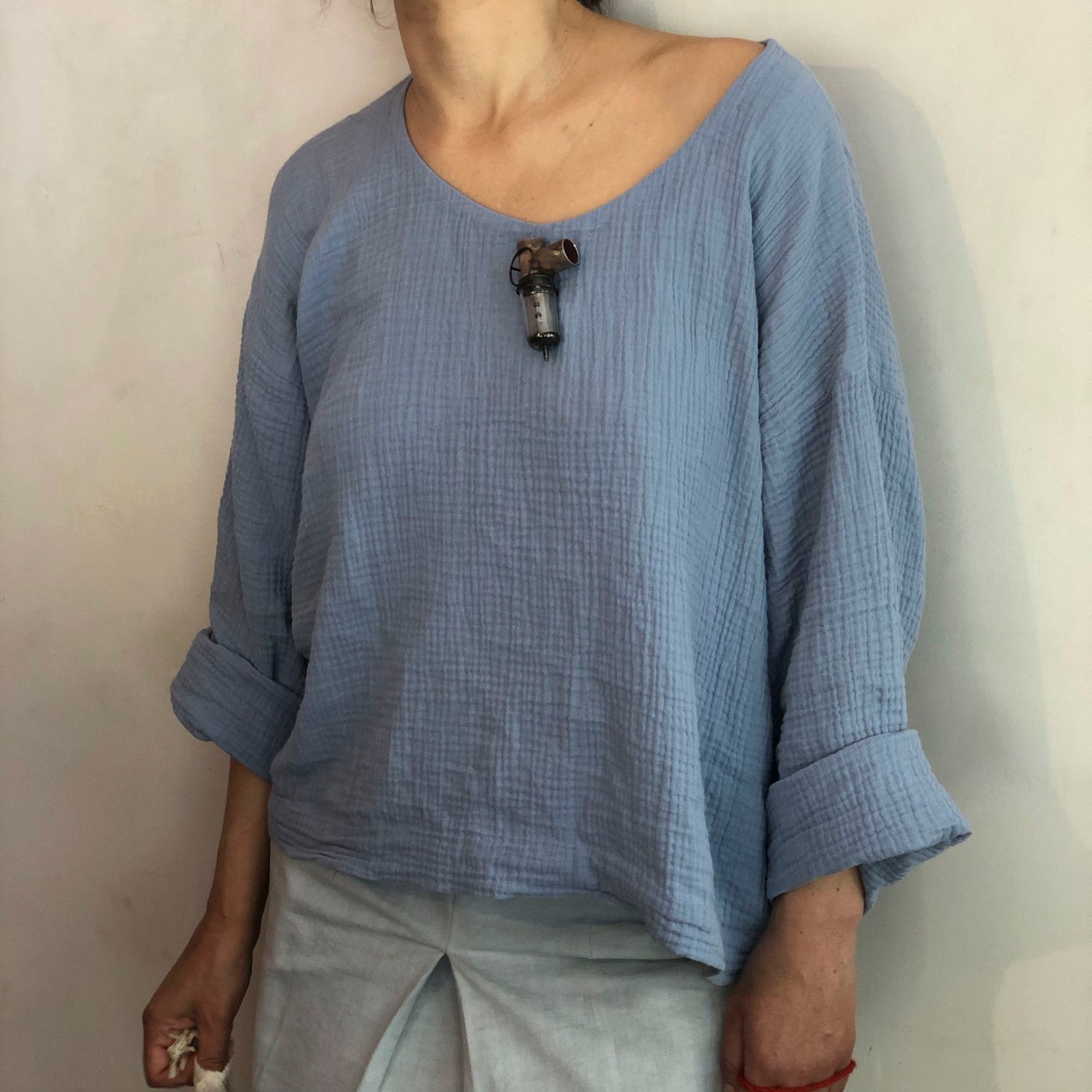 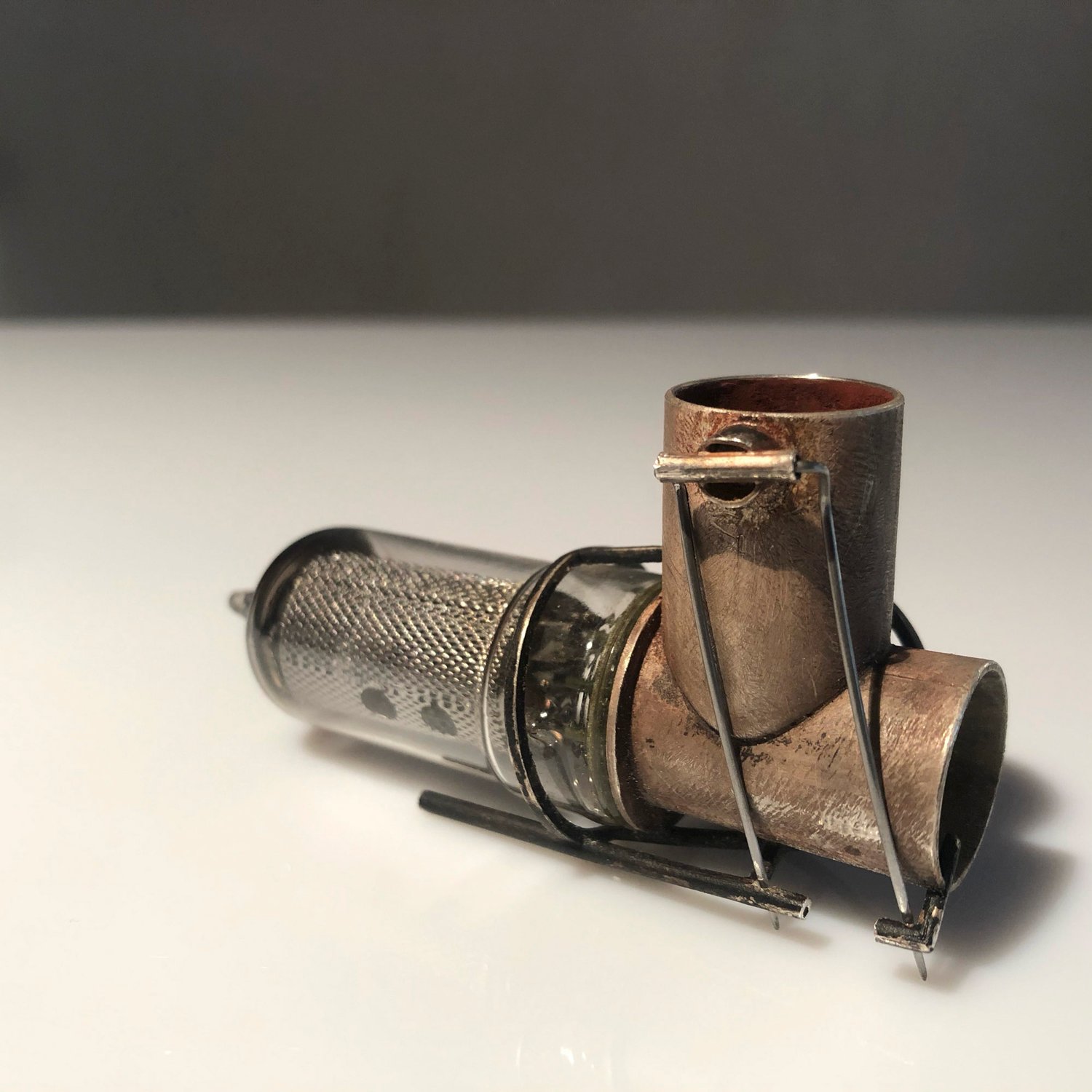 After completing in 1992 her studies in goldsmithing in Florence, she further studied by working with Giampaolo Babetto in Padua (1992), following courses at the ‘Sommerakademie’ in Salzburg (Austria) with Robin Quigley (1994) and Erico Nagai (2001), in Florence at ‘Alchimia’ with Giovanni Corvaja (2006), and in Padua at ‘Pietro Selvatico’ Institute of Art with Graziano Visintin (2008). Her works have been displayed in individual and collective exhibitions in Italy, at Prisma gallery (Bolzano), Cristiani gallery (Turin), ‘Ugo Carà’ Museum of Modern Art (Trieste), Fioretto gallery (Padua), ‘Alchimia’ (Florence), in Germany, at Oko gallery (Berlin), Schmuckfrage gallery (Berlin), Carl Weishaupt P13 gallery (Munich), in England, at the Roundhouse (London), in Lithuania, at AV17 gallery (Vilnius), in Russia, at the Amber Museum (Kaliningrad), in Austria, at ‘Der grosse Baer’ gallery (Vienna). In 2010 she was invited to the 13. ERFURTER SCHMUCKSYMPOSIUM in Erfurt (Germany). In 2015 she was selected for the first International Conference on Deleuze and Artistic Research at the Orpheus Institute in Ghent (Belgium). Since 1996 she owns her atelier in Bolzano. 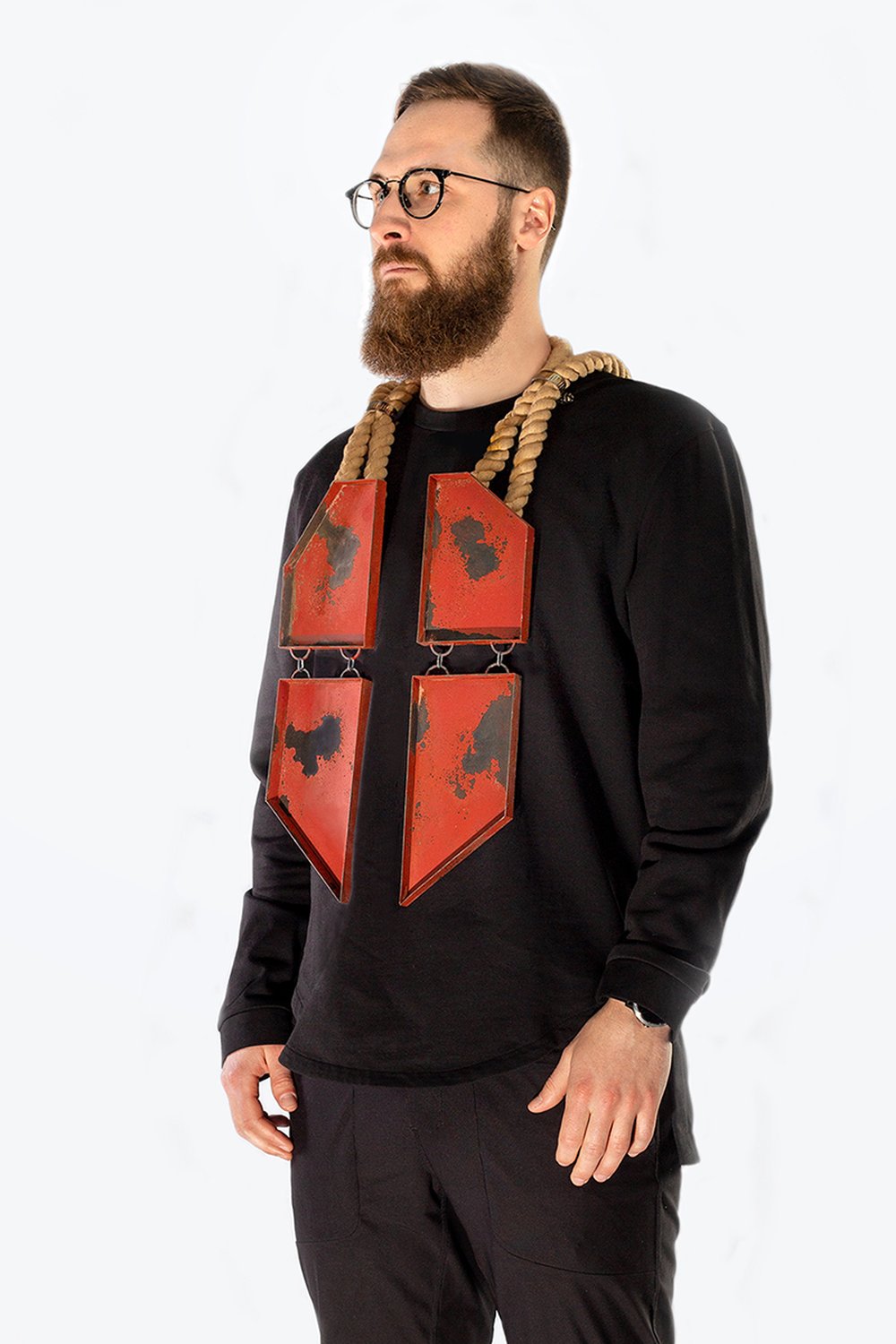 ALEX KINSLEY VEY Mixed Materials / Canada   We are products of our environments, shaped and changed by the places we call home. Hamilton, my home on the shore of Lake Ontario has traditionally been a steel producing centre. Despite the industry having died down...
Read More 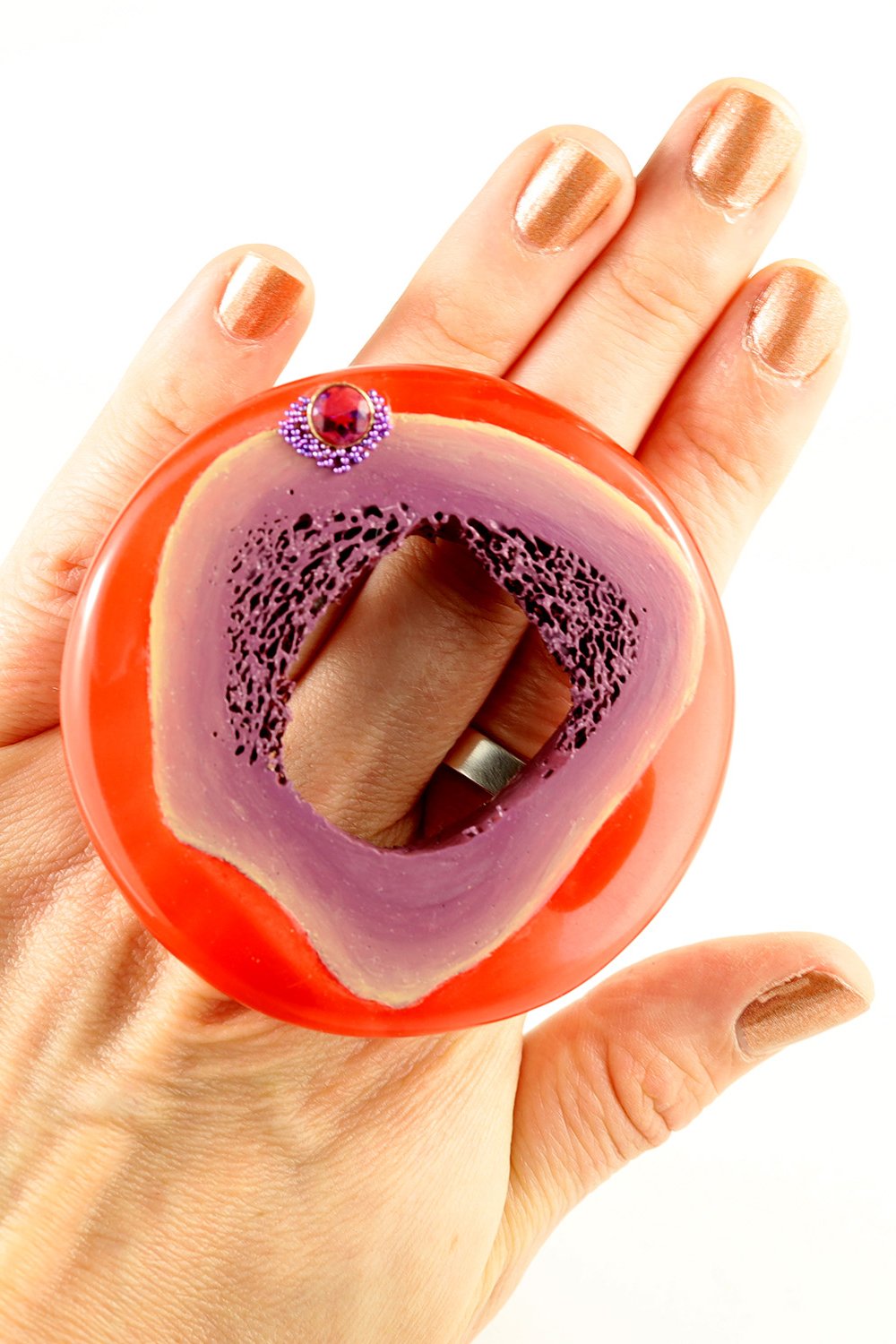 CHANTEL GUSHUE Mixed Materials / Canada   My work is a reflection on the damaging exertion used when trying to reach an unattainable, perceived perfection. The materials I use to illustrate this analogy (bone and crystal) form in similar ways in nature, through...
Read More 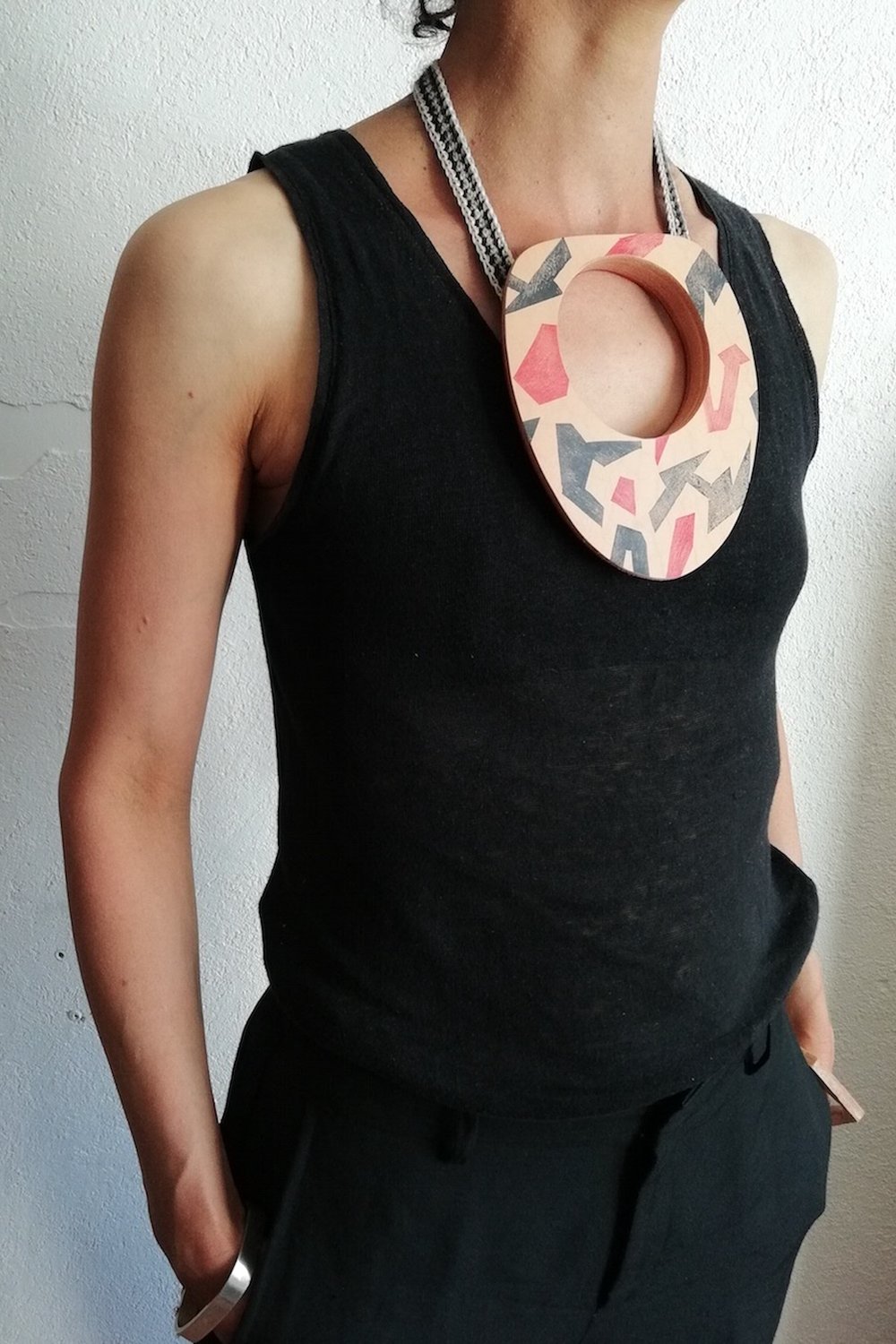 FLORE SORIA Mixed Materials / France   In my work, technical creativity and aesthetic research revolve around a main material - leather - and the gestures associated with it. As a living material, with a wide variety of textures, thicknesses and resistance,...
Read More 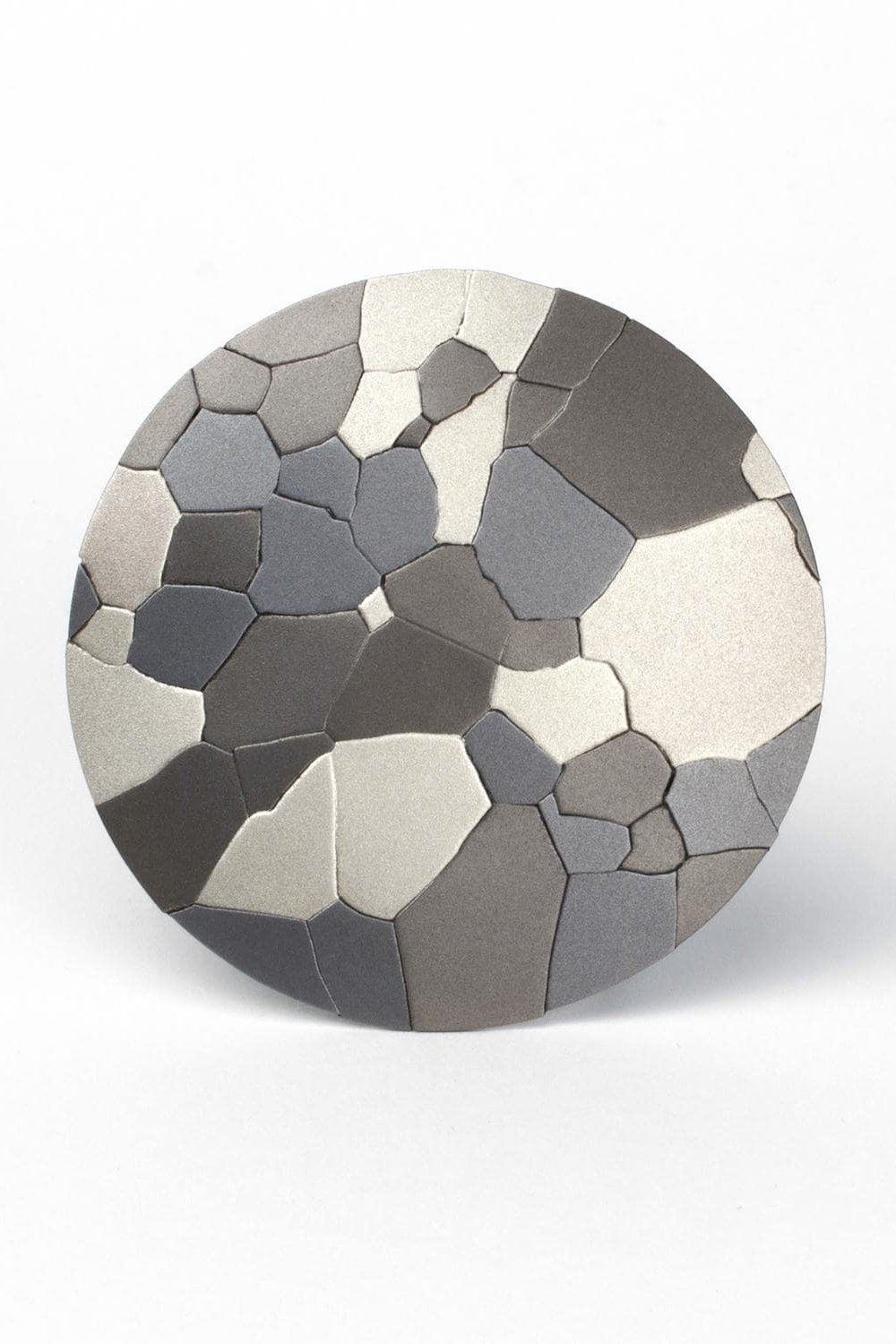 JOSHUA KOSKER Mixed Materials / USA   How do objects shape experiences and, in turn, how can actions imprint meaning on the material world? In looking to jewelry and domestic objects, to explore universal and sometimes private subject matters, my work connects...
Read More 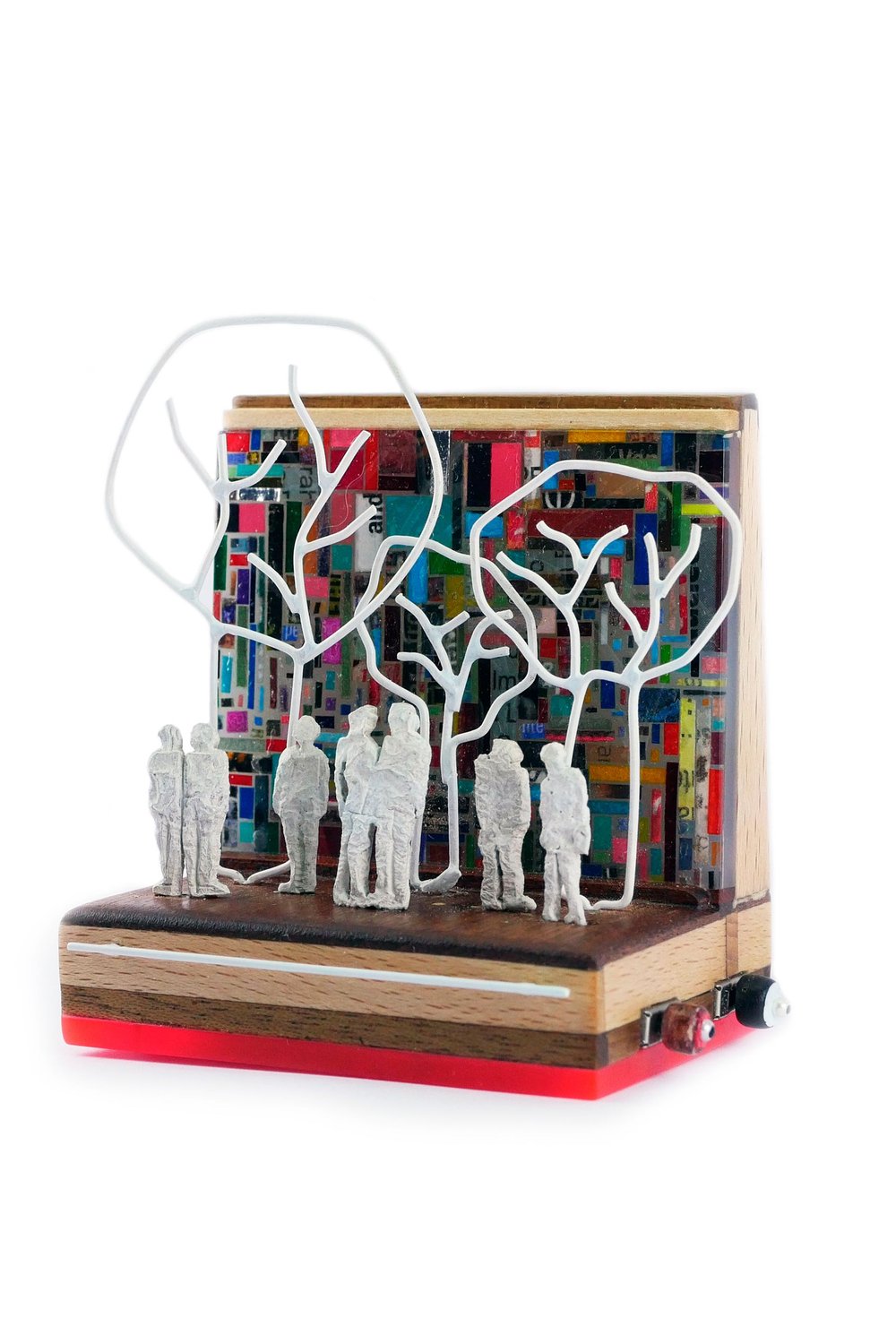 JUANJO GARCIA MARTIN Mixed Materials / Spain   Juanjo García Martín Lives and works in Malaga, and develops his work within the framework of Artistic or Contemporary Jewelery, Leaving the Jewel as a mere decorative object or complement to fashion. His artistic...
Read More 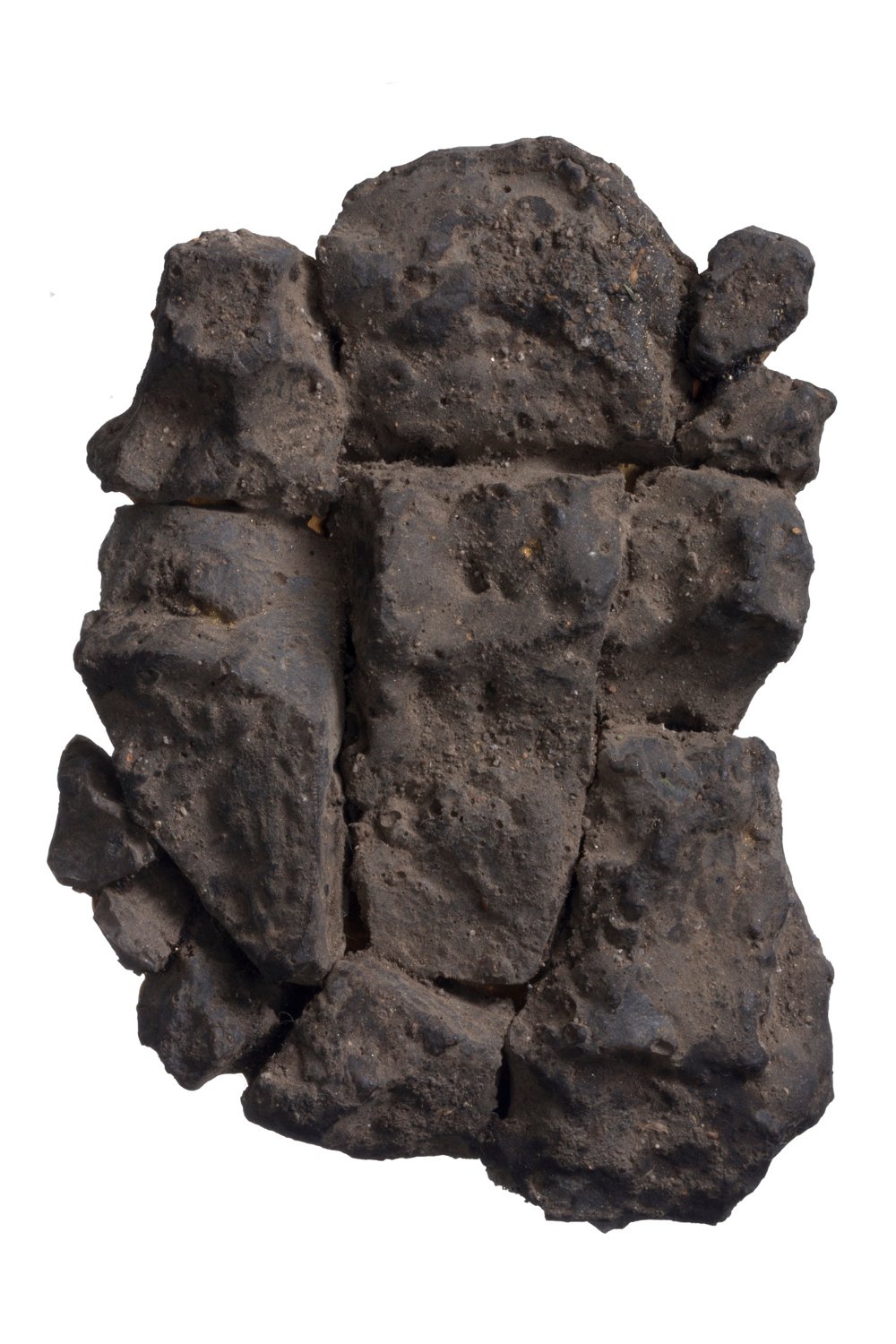 LORENA LAZARD Mixed Materials / Mexico   Working with soil is an act full of symbolism and meaning. Through this body of work, I want to understand the concept of revealing. Open small spaces to what is hidden, to discover and rediscover and maybe through it, get...
Read More 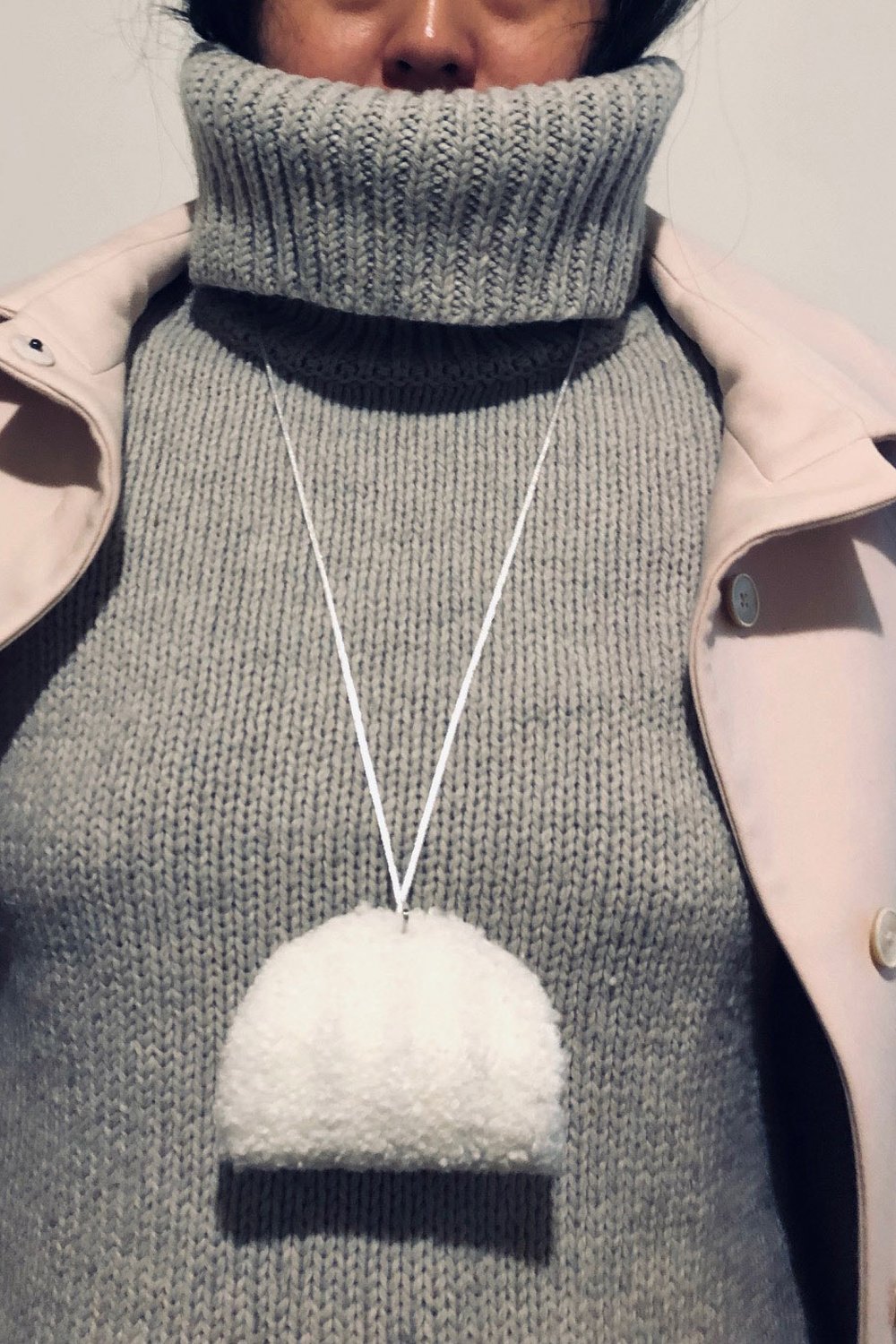 MINQUI Mixed Materials / Australia   Miss Minqi Gu playfully embraces the act of making through her curious explorations of cultural difference, consumerism, motherhood and identity. Bold and deliberate in colour, simple and suggestive in form and saturated in...
Read More

RACHEL BUTLIN Mixed Materials / UK   Rachel seeks to challenge the concepts of contemporary jewellery, producing a range of high end mixed material pieces. She loves to challenge the way in which people perceive a piece, by creating small scale sculpture that can...
Read More 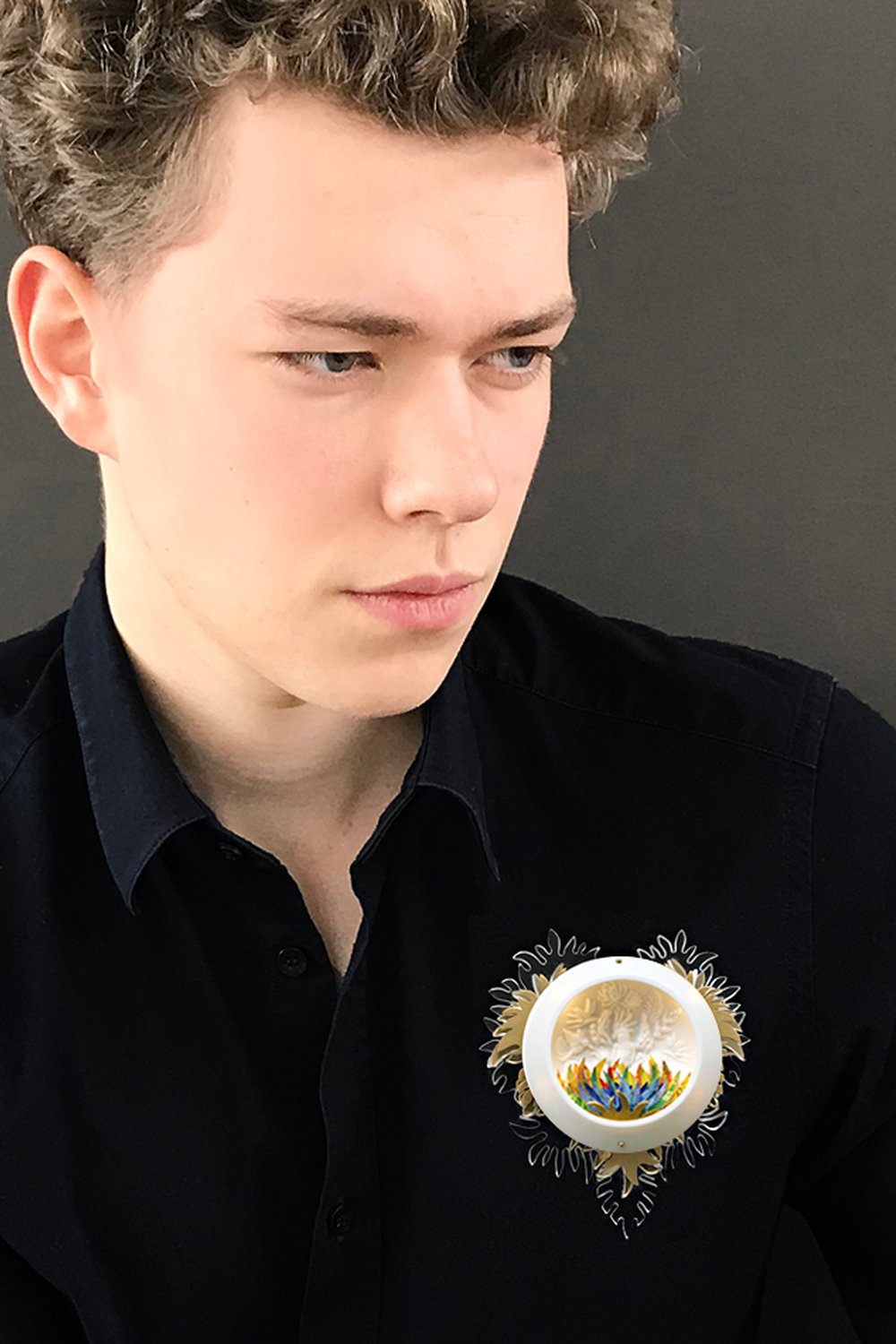 UTE VAN DER PLAATS Mixed Materials / Belgium   Porcelain is the main medium in my work. I’m fascinated by the tension between the fragile appearance and the actual strength of porcelain. With every new collection I explore new materials and integrate them in...
Read More 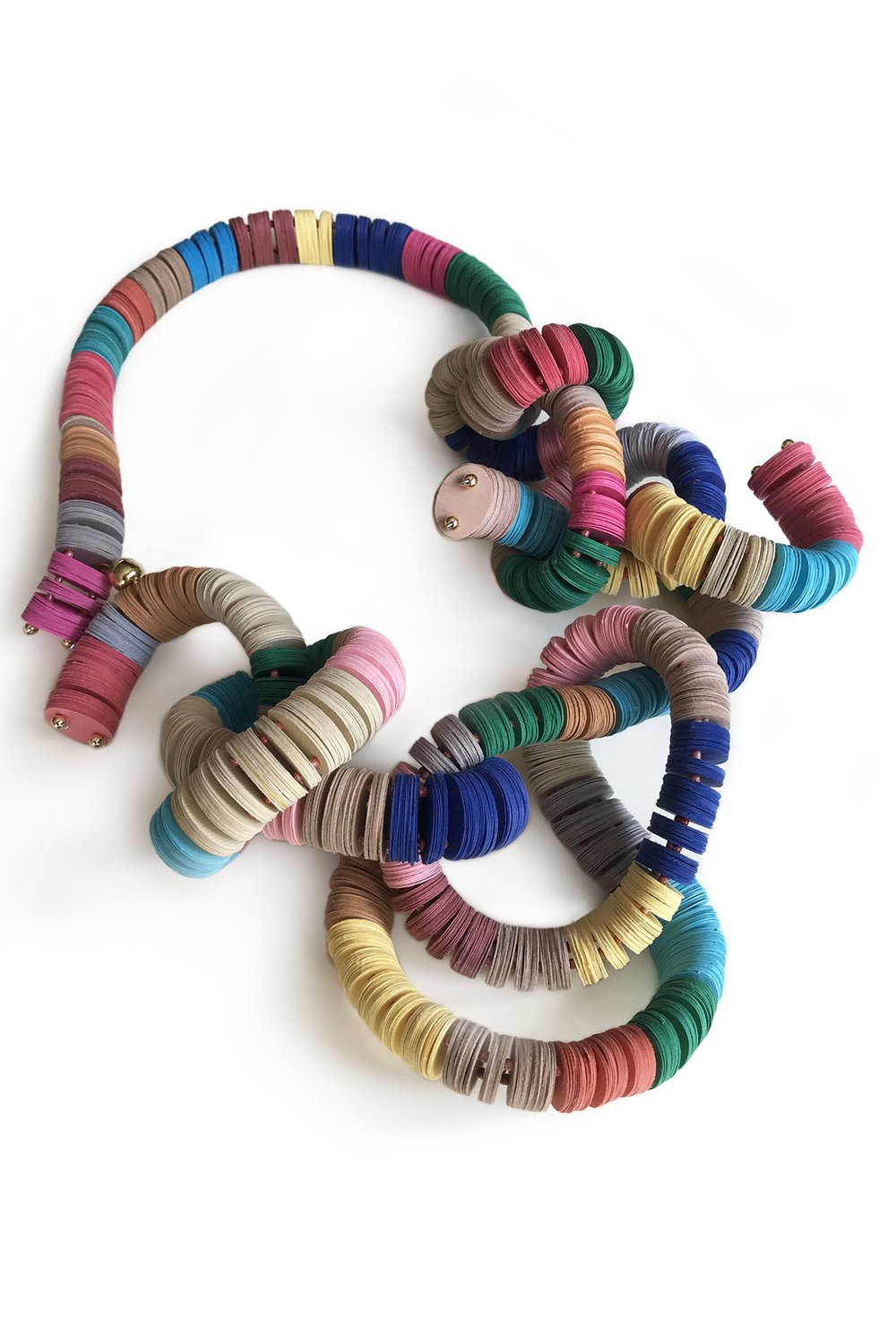 VERDE ALFIERI Mixed Materials / Italy   My world and everyday life have been full of paper from the beginning. I'm daughter of an art publisher and I worked also with him for many years designing books and touching paper all the day everyday. But paper is more...
Read More
GO BACK TO MIXED MATERIALS

Text & pictures provided by the artist

The content of this wesite is copyrighted, any reproduction is strictly forbidden without authorization.